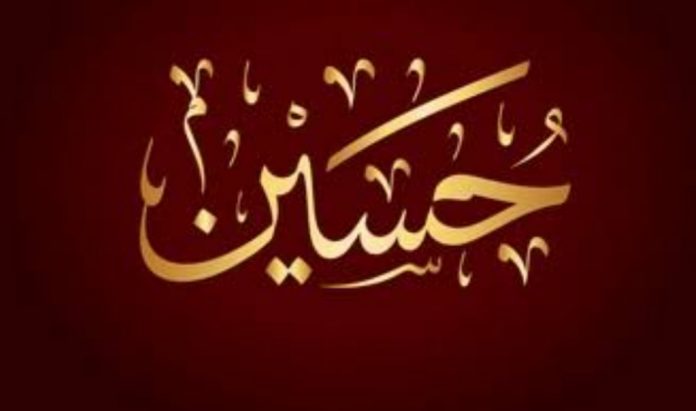 Human history is a never-ending story of Abuse, Oppression, Injustice, Cruelty, Murder, and Genocide by those in Power against those who aren’t. People who ruled with Justice, Empathy, and Benevolence are exceptions to this rule and are too few. Power is either grabbed illegally or made to feel legal by intrigues, coercion, deceit campaigns and, lies (as is done in a modern democracy); it always ends in Injustice, Bloodshed, and Destruction.

When people assume the right of sovereignty instead of being vicegerent to Almighty God, they assumed a position for themselves that is not meant for them, and the result always is “Fasad Fil Ardh” (Corruption on Earth / Turmoil in the Society). Islam came to create a society based on ‘Iman’ (faith), ‘Taqwa’ (piety), and ‘Adl’ (justice). And the struggle to establish a system based on faith, piety and justice is called Jihad.

The Modern Democracy where the sovereignty belongs to the majority has turned out no less brutal than the medieval dictatorship. The post WWII history of wars, invasions, financial embargos, boycotts, wide spread hunger, genocides, and promiscuity is a testimony to this fact. Today the world is devoid of justice and is controlled by selfish power-hungry politicians who uses soft tools such as gender equality, cultural superiority, LGBTQ rights, promiscuous culture to subjugate and terrorize the weaker nations to submission. Rich nations also deploy ‘Debt Terrorism’ as an effective tool to virtually colonize the developing world.

Karbala is a story of a courageous man, Hussain bin Ali RA, the beloved grandson of Prophet Mohammed ﷺ. He stood against all the odds for Truth, Justice, and the rights of people, not for him or his family but the believers in particular and humanity in large. His stand was full of risks, and he knew the consequences well, but he stood by it at the expense of his life, his family, and a small group of followers. His exemplary sacrifice is a beacon for all those who want to live a truthful life. May Allah SWT bestow mercy on him, his family and all true believers.

“Al-Hasan and Al-Hussain are the leaders of the youth of Paradise.” (Ahmad, At-Tirmidhi, Ibn Majah and An-Nasaa’i)

Hussein bin Ali RA refused to compromise on Truth, and he set a standard which many would follow in times to come. Human history has always witnessed the struggle between Right and Wrong. He was followed by his second cousin Abdullah bin Zubair RA, and He too sacrificed his life fighting against Tyranny, and many more lost their lives following their footsteps. May Allah SWT reward all of them, and may we follow in their footsteps.

The Tyranny was not limited to a single dynasty under whose rule Hussein bin Ali RA & Abdullah Bin Zubair RA lost their lives. The dynasty that followed was no less brutal and murderous in their oppression and torture, though they grabbed power on a pretext of their relationship to Prophet ﷺ. And the oppression continued till day. But it did happen that, during the long history, few rulers governed their subjects with Justice and Truth.

The Power intoxicates like nothing else; human history is testimony that there were very few rulers who governed their subjects with Justice and Truth during the long history. While a brutal majority abused it in every possible way, their only reason was the fear that they would lose it. When the most respected and most beloved among men (Hussain RA) was not spared and was killed to save the throne, who else could be spared of this brutal punishment if they stood against the Power of their time? So, many fell in this noble struggle with poise and grace!
The Kings and the Presidents to remain in Power and subjugate and enslave people (and in today’s context to create their hegemony and safeguard their financial interest) have not just killed those who opposed them but did not hesitate to liquidate their fathers, sons, and brothers. Nothing was more important to them than the Power itself. Speaking Truth to the wicked and cruel ruler is the highest form of worship (Jihad). It needs immense courage and belief in God. History keeps producing people who consider standing for Truth above all worldly comforts; such people cannot be bought, sold, or coerced. They are the ones who have kept the flame of Justice and Truth alive.

Tragically, the immense sacrifice by Hussein bin Ali RA was hijacked by a considerable minority to further their deviant beliefs and they have been attempting to destroy the very essence of faith for which Hussein RA took this brave stand. May Allah protect Islam from such deviant and erroneous beliefs. May Allah’s wrath be on those who murdered Hussein RA and also on those who deserted him after giving their pledge of support. And on those who misrepresent him and malign him by referring deviant beliefs to him.

Hussein RA didn’t introduce any new doctrine or new beliefs but was a staunch follower of his grandfather Prophet Mohammed ﷺ. He lived by the same standards and followed the footsteps of mighty personalities, the rightly guided Caliphs Abu Bakr RA, Omar RA, Osman RA, and Ali RA and other Companions of noble Prophet ﷺ. The latter three were martyred, serving the Truth and Justice. In fact, Osman RA is unique in the annals of history that he, while being the Caliph, refused to use the power at his disposal to save his life. It never happened before him nor after him.

We read these stories of immaculate character and ultimate sacrifice; we tend to forget that each one of us is also writing his account, his history. It may not be as grandeur, but for sure, we take a stand each day either in support of Injustice, Tyranny, and Falsehood or for Justice, Benevolence, and Truth. We will be raised either with Tyrants or with People of Justice; we can decide and take a call and stand.

We all will die on our appointed time, not one second before it and not one second after it, whether we stay in the safety of our home or are in the forefront of this struggle. The Sword of Allah, Khaled Bin Waleed RA has famously said, “If going to battlefield brings death to a person then see me, I sought martyrdom in more than hundred battles, there is not a space of a hand on my body which doesn’t carry a battle injury or scar, but here I am dying on my bed. May the eyes of cowards never sleep.”

If we love and honor Hussain RA, we must live a life of purpose ready to sacrifice anything and everything for the sake of Allah, His Apostle, His Deen, for Justice and Truth. It may not necessarily be fighting on a battlefield, but we have to take a stand at every opportunity, and all the times; at home and in office, in Masajid, and our stand should be in support of Truth and Justice till we meet our Lord and may we be among the lucky people who would be welcomed with the following remarks at the time of their death:

O soul that art at rest! Return to your Lord, well-pleased (with your blissful destination), well-pleasing (to your Lord), So enter among My (righteous) servants. And enter into My Paradise. (Quran 89 – 27 to 30).

The author can be reached at Email: omersasad@gmail.com

Theatre of absurd: Modi and the Dawoodi Bohra pontiff