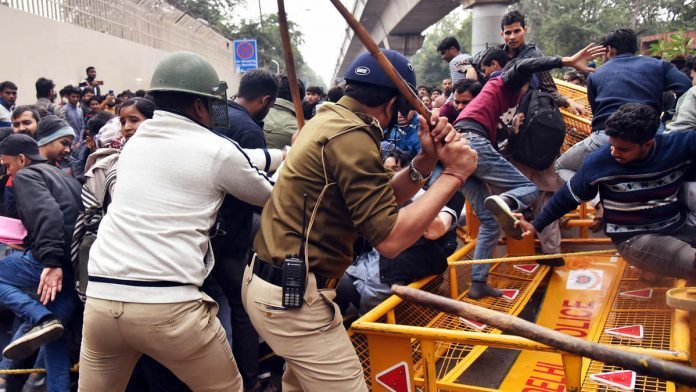 Hyderabad, Feb 25: The University of Hyderabad Students” Union has alleged that time and again Delhi Police have proved themselves to be the stooges of the ruling establishment.

Condemning the situation in the national capital where clashes between pro and anti-CAA protesters have so far claimed 10 lives, the students” body called for standing with the citizens.

The union said in a statement that whether it”s the attack on Jamia Millia Islamia or the crackdown on students at the Jawaharlal Nehru University (JNU), the Delhi police remained mute spectators.