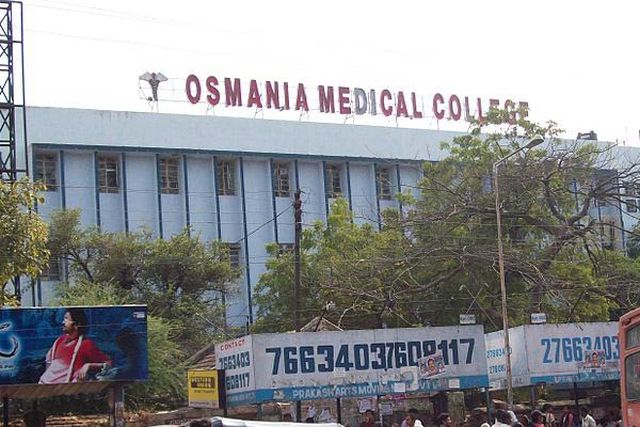 Hyderabad : Junior doctors at the government-run Osmania General Hospital (OGH) here went on strike after relatives of a patient attacked their colleagues.

Nearly 250 junior doctors and house surgeons have been boycotting their duties except emergency services since Sunday night, demanding security for them and action against those involved in the attack.

The strike by medicos hit services at OGH, one of the oldest hospitals in the country and the biggest government-run facility in Telangana.

Patients coming from different parts of the city and other districts and neighbouring states faced hardships.

Four attendants of a woman patient, who died during the treatment, assaulted two female junior doctors and a duty doctor on Sunday night.

The 70-year-old patient, who was in critical condition, died at Intensive Care Unit.

Alleging that she died due to negligence by doctors, four of her relatives barged into the ICU and attacked them.

The junior doctors lodged a complaint with Afzalgunj Hospital. They demanded the arrest of the accused under non-bailable sections.

The Telangana Junior Doctors’ Association called for a strike to protest against the rising number of attacks on medicos. It said this was the fourth incident at OGH in one month.

OGH Superintendent G.V.S. Moorthy tried to persuade them to call off the strike. He set up a committee to look into their demands and asked for a report within three days.

Following similar incidents at OGH and Gandhi Hospital in the past, authorities had taken some measures to provide security to medicos.

The association demanded that security personnel be deployed and CCTV cameras installed in all wards of the hospitals.