Muslim Mirror
Home Indian Muslim I am proud of Quran as Quranic guidelines on divorce are the...
Facebook
Twitter
WhatsApp
Email
Telegram 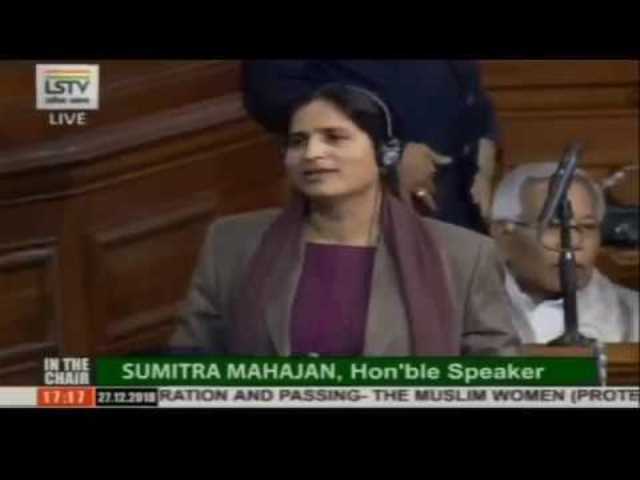 New Delhi,Dec 28 : Ranjeeta Ranjan the  Lok Sabha Member of Congress from Supaul in Bihar, not only opposed the Muslim Women (Protection of Rights on Marriage) Bill, 2018, in strongest words but also  said that due to this bill, she read Quran and its teachings about divorce and found its divorce rules are strongest and best in the world.

Speaking in the House, Congress leader Ranjeeta Ranjan said: “I would like to thank you because it made me read the relevant provisions in Quran then detail. I respect Quran because it has very well developed rules for divorce. You are under the illusion that Muslim women will vote for you because you pass this vote. You tell me one provision in this bill that will safeguard the interests of women.”

“I am proud of Quran. Women have equal rights for divorce as men have. It talks about how relations of two persons and two families are to be maintained. Quran tries to stop divorce through five steps…there cannot be stronger law for divorce than Quran’s,” said Ranjeeta while participating in the debate over the bill.

Countering the government’s points that even after Supreme Court declared Triple Talaq invalid, there have been 477 cases of Triple Talaq, the MP said: “Govt says that even after SC order, there are 477 cases of Triple Talaq. I want to tell that there are so many dowry deaths despite strong law, Hindu men get other wives even without divorcing the first and thus violate law. Why don’t you discuss this all here? Why targeting only Muslims? If one gives divorce wrongly, why target only Muslim, why not Hindus? After SC order, so many were killed in mob lynching, why don’t you discuss it? In Muzaffarpur (Bihar), 37 girls were raped under your government, your minister supported the accused, why don’t you discuss it? Is it because the victims are Hindu girls? Through this Triple Talq Bill, you want Muslim votes, but you should not be in any illusion that Muslim women will vote you for this rule?”

“Tell me how are you protecting women in this law? How can a man give support to the woman when he goes to jail and loses job? What protection are you giving to the women? You are taking them out of Muslim Personal Law, their religion and home. This will create rift. You have wrong intention,” said the MP.

She said that if government is insisting on law to regulate Muslim divorce, then it should adopt Quranic rules because they are best and whole Muslim community will accept it.

“If you anyway want to bring law over the issue of Triple Talaq, then I would suggest you to read Quran carefully and enact its divorce rules, whole Muslim community would accept it. You are just playing with the issue of Muslim women. There should not be Hindu-Muslim divide over atrocities of women and domestic issues,” she added.