Muslim Mirror
Home Indian Muslim I-Day musing: Does not the law and its protection apply to all?
Facebook
Twitter
WhatsApp
Email
Telegram 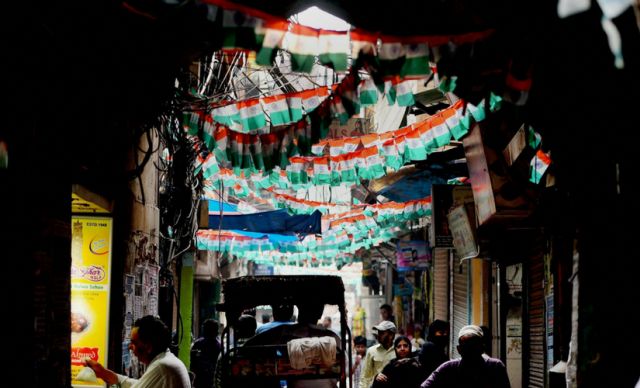 August 15 this year marks the 71st anniversary of Indian independence. As the Prime Minister unfurls the national flag at the Red Fort, it is a celebratory moment; yet, a certain sense of bleakness and despondency is palpable. There is a deeply ingrained perception that anarchy is spreading in the country and that the state has abdicated in its primary responsibility of ensuring the safety and security of every citizen, irrespective of religion, caste, class and gender. Recent events bear testimony to this mood.

In an unprecedented development, the Attorney General (AG) of India K.K. Venugopal informed the Supreme Court in an anguished manner that there was an incident of major rioting every week in different parts of the country and that they often go unpunished. The AG noted: “Kanwarias (a sect of Hindu pilgrims) are overturning vehicles in Delhi…There is an incident of major rioting every week, even by educated groups. Marathas in Maharashtra, SC/ST (scheduled caste/scheduled tribe)… nothing is done.”

Earlier, a former Chief Justice of India, T.S. Thakur, asked a very pertinent question: “When we see day in and day out, mobs lynching people, it’s a complete failure of rule of law. If a mob can take the law into its hands and administer summary justice, what kind of rule of law is this?”

The sub-text in both cases is that the Indian State has become selective in how it applies the law and that there is a tacit indifference to the safety and welfare of the minority citizenry.

Thus what is disturbing is the pattern that emerges in the disaggregation of the violence that is ostensibly spontaneous — be it the rioting mob, the beef-lynchings or now the Kanwarias, the annual north Indian ritual of carrying water from the Ganga to one’s home.

Thousands of Hindu devotees walk long distances in July-August to collect the sacred water and, over the years, the numbers have been swelling and the entire event has acquired a huge carnival profile with music, dancing, et al. Given the religious significance attached to the event and the majority Hindu sentiment nurtured by the ruling Bharatiya Janata Party (BJP), the Kanwaria pilgrimage also has an electoral relevance. This has clearly become more acute in the run-up to the 2019 national election.

Indian politics and the gradual absorption of the religious leader to high office is exemplified by the election of Yogi Adityanath, a Hindu monk, as the Chief Minister of India’s most populous state of Uttar Pradesh in March 2017. This was a significant development at the time for South Asia, for not even Pakistan, which was created on the basis of religion, had appointed an Islamic cleric to such office.

Thus, in August, India witnessed an unusual spectacle — that of Kanwarias being showered with rose petals from a helicopter by none less than the Uttar Pradesh Chief Minister and senior police officials. That some of these Kanwarias have become a law unto themselves has been brought to the attention of the courts – but as the AG noted, “nothing is done”.

The ascendancy of religious orientation in Indian politics and the BJP’s empathy for unbridled Hindutva (Hindu nationalist) fervour has an electoral dimension to it. Uttar Pradesh is the swing state that will shape the outcome at the in 2019 elections. Thus the pandering to the majority community is predictable — but this comes with a very heavy price.

Citizenship in India is no longer equal and the law, alas, is not applied equitably. On its 71st independence anniversary, one cannot ignore the conjecture that India, which had determinedly rejected the two-nation theory in August 1947, is now moving towards it in a visible manner. The question whether the silent Indian majority, that is Hindu, subscribes to the ugly manifestation of Hindutva and the violence associated with it, remains moot. But the state cannot abdicate and the exhortation of the Attorney General should not be ignored.

(The author is Director, Society for Policy Studies, New Delhi. The article is in special arrangement with South Asia Monitor)