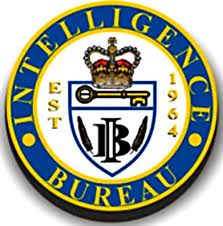 Panaji, May 5: A parliamentary committee may have asked the central government to hold back the setting up of the National Counter Terrorism Centre (NCTC), but a former RAW chief insists that India does not need such an apparatus.

Former special secretary of the Research and Analysis Wing (RAW) Amber Sen said during a public lecture Saturday that if the existing vacancies in the Intelligence Bureau (IB) and RAW were filled, the two institutions would be competent enough to handle counter-terrorism operations.

“Why start a new agency when you have organisations which are 40, 50 years old?” said Sen, who is also a former strategic intelligence advisor to the National Security Council, which advises the central government on security related issues.

He further said that the process of new hiring for any intelligence agency was a long drawn process which took oodles of time and instead of starting a fresh infrastructural setup like the NCTC and hiring people for it, the existing capacities at IB and RAW should be filled and given a free rein to develop comprehensive counter terror strategies.

The central government’s NCTC, a project which was developed after the 26/11 Mumbai terror strikes, when a need was felt to have a single federal body which would control and co-ordinate all counter-terrorism measures.

The project hit controversy from day one after several state governments not ruled by the Congress party claimed that the anti-terror outfit could have potential to interfere with state government’s affairs.
—