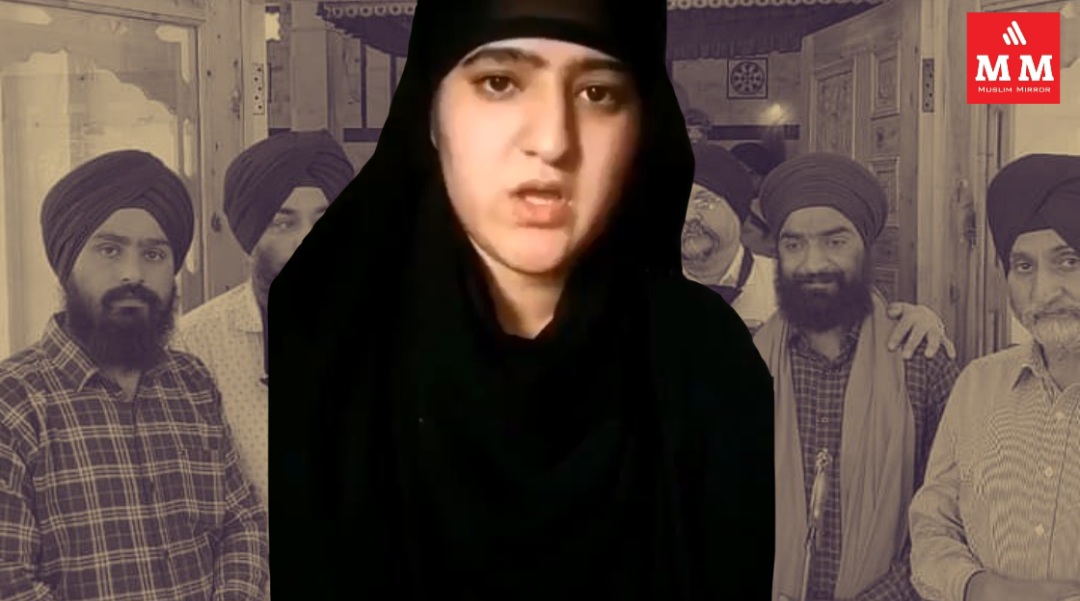 A video of Zoya, previously Manmeet Kour, from Srinagar, has surfaced in which she admits converting to Islam and marrying a Muslim guy out of her own free will. In the video, she has also accused her family of “torture” and the Srinagar police of “harassment.”

“I adopted Islam out of my own free will a year ago and married Shahid Nazir Bhat, Now my parents are torturing me, and Rainawari SHO is harassing me,” Zoya says in the video.

“If something happens to me or my husband, I will commit suicide. That will be the responsibility of my parents and Rainawari SHO,”

WATCH: Zoya, formerly Sikh girl Manmeet Kaur says "I converted to islam a year ago & married with Shahid Bhat. My family is torturing me, SHO Rainawari Rakesh Pandita also harrased & tortured me. If they did it continously or touched my husband Shahid i will commit Sucide" pic.twitter.com/EULOEb5vHJ

The video has surfaced days after Zoya was “snatched” and remarried to a Sikh man. Earlier, Santpal Singh, head of Budgam District Gurudwara Committee, had claimed that Zoya was “mentally unstable.

A Delhi-based politician Manjinder Singh Sirsa flew to Srinagar and organized huge protests against the Muslim community, he also played a huge part in getting Zoya “married” to a Sikh man. He, later, released the pictures of the “marriage” to various social media platforms.

“They want to play Punjab and Delhi politics on the shoulders of Kashmiri Sikhs,” Raina had said during a press conference.
Questions are being raised about Zoya’s “marriage” to a Sikh man when she’s was already in wedlock and the matter was in court.

In an undertaking given to a court by Zoya on June 22, she has stated that she has “reverted” to Islam “out of my free will, consent, choice, and without any fraud or force from any quarter and in the sound disposition of my mind”.

Furthermore, Zoya and Bhat have stated in a marriage agreement drafted at the Baramulla district court that they married with determination and do not fear the wrath of their parents “who do not want to see the parties to be married despite the fact that they are majors” and have every right to marry against their will.