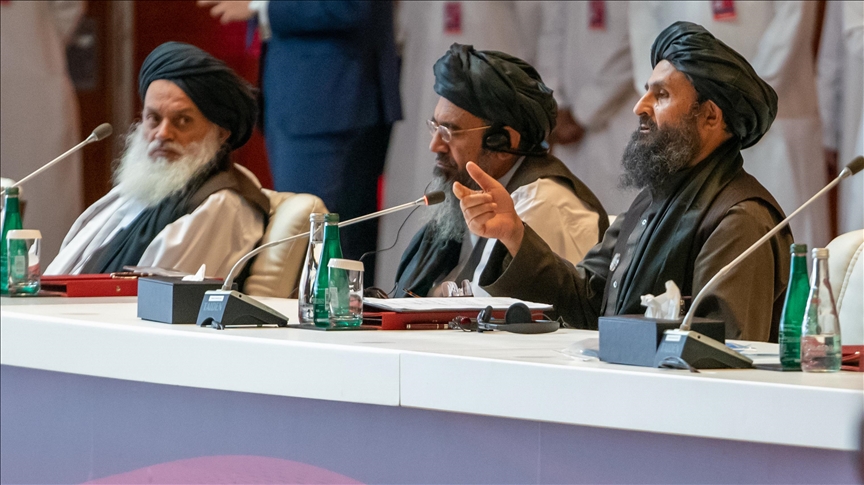 TEHRAN: Top-ranking Taliban officials and a group of mainstream Afghan politicians, who participated in Iran-brokered talks in Tehran on Wednesday and Thursday, agreed that there is no alternative to peace.

In a joint declaration issued after two days of intra-Afghan talks facilitated by Iran’s Foreign Ministry, the two Afghan sides recognized the “dangers of continuing the war” and its impact on the “health of the nation,” Taliban spokesman Mohammad Naeem said in a series of tweets.

The two opposing sides agreed that war is “not the solution to the Afghan problem” and all efforts must be coordinated for a “political and peaceful solution.”

They also agreed to continue discussions on issues that need “further consultation and clarity,” such as establishing a mechanism for transition from war to permanent peace, the Islamic system of governance and how to achieve it, in their next meeting.

The two sides also decried attacks on “people’s homes, schools, mosques, and hospitals, causing civilian casualties,” and strongly condemned the destruction of public facilities and called for the perpetrators to be punished, the statement noted.

The visiting delegations, in the statement, “commended the efforts and goodwill” of Iran in facilitating the intra-Afghan talks, which they said took place in a “cordial atmosphere.”

It is the first time Iran has hosted intra-Afghan talks with the participation of political representatives from Kabul and high-ranking Taliban officials from the group’s political office in Qatar.

The Taliban side was led by top negotiator and head of the group’s political bureau in Qatar, Abbas Stanekzai, while the Afghan government side was led by the country’s former Vice President Yunus Qanooni.

During the meeting on Wednesday, Iran’s Foreign Minister Javad Zarif termed political unrest in Afghanistan “dangerous” and urged both sides to return to the negotiating table.

The visit comes in the wake of the US withdrawal from the war-ravaged country after 20 years amid an alarming surge in violence and the takeover of many districts by the Taliban.

As the drawdown of US and NATO forces from Afghanistan nears completion, Iran has been concerned about security on its borders as well as influx of Afghan refugees fleeing violence.

Pertinently, Iran has in recent years backed Taliban’s inclusion in Afghanistan’s future political structure, and has repeatedly called for the expulsion of US and allied forces from the country.

The group’s delegation, led by deputy chief Mullah Baradar last visited Tehran in February, where they met with key Iranian political and security officials and held a press conference.-AA