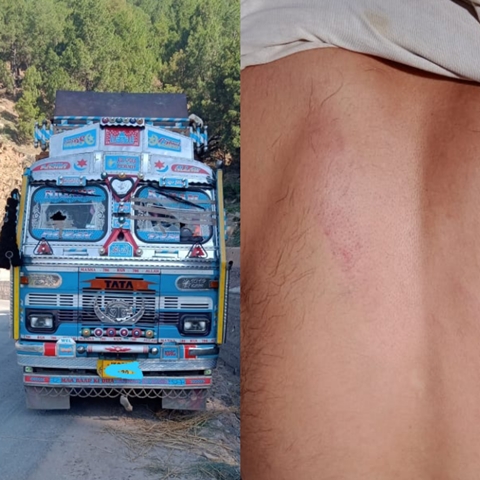 New Delhi: A gang of self –styled cow vigilantes attacked two Bakarwal families leaving seven of them injured including children and women in Palak Manana village of Samba district in Jammu on Tuesday-Wednesday night., reported The Clarion India.

According to the report, it was around midnight when the two families along with their cattle were ready to leave their village for Kashmir valley in a truck when the gang waylaid them and launched the attack.

Sixteen members of nomadic Bakerwal families, including seven children, were going to Kashmir as part of their annual journey in summer. The two trucks had around 100-150 goats and 14 cows. The attack took place at around 11 pm.

The gang headed by Sunny was apparently self-styled cow vigilantes who have a history of harassing and attacking tribal nomads who rare cattle.

At the checkpoint near Samba police station, Rafaqat said, when the trucks came to a halt, the attackers dragged out the driver of one truck and beat him severely, Rafaqat, one of the victims told The Wire.

“Policemen were watching like mute spectators. When we tried to rescue the driver, we were beaten up as well,” Rafaqat said, adding that the attackers also smashed the windshield of one the trucks, due to which a child suffered an eye injury.

“The gang was led by Sunny and Surjit who are also from Samba. They attacked us even though we had got proper permission from the district administration to move our livestock to Kashmir,” he added.

According to family, the assault continued for nearly two hours until an Army convoy passed, prompting the attackers to flee from the area.

The injured are yet to get any medical care except first aid from a pharmacy on the way as the families are scared and “want to reach Kashmir as soon as possible”.