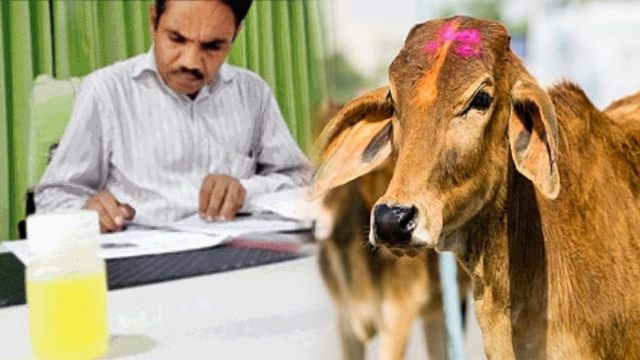 The most significant thing that India is witnessing when the nation is celebrating its 71st independence is the fainting of the Secular order and the consolidation of Hindu right wing forces.

It is first time in the history of independent India that it’s Prime Minister   Narendra Modi, President Ramnath Kovind and Vice President Venkaiya Naidu, all belong to Rastrya Sewak Sangah, the right wing Hindu organization that swears allegiance to the promotion of Hindu religion. It’s never ever in the annals of Indian history such a thing has happened in the country. This is the most significant development that some Indians are witnessing when India is 70.

Second is the collapse of the liberal order in the country. With as many as 70 cases of cow-related violence since past eight years it seems the country is taken over by the Hindu right wing religious fanatics. The fact remains that 68 of 70 attack occurred after Modi’s government came to power in May 2014. This is another startling fact India is witnessing at 70.

The data show that Muslims are the prime target of the cow related violence. At least in 36 cases it’s Muslims who were on the receiving end. Among them killing of 24 Muslims were reported.

It is for first time in the annals of Indian history that the word lynching has gained social recognition. Such brutality is being greeted with silence by the civil society suggests the total collapse of the liberal order in the country.

Rape has become a national pastime. According to the National Crime Records Bureau 24,923 rape cases were reported across India in 2016, which means there were 68 rapes happening daily. Its pity our motherland carries the tag of a nation of rapist @ 70.

India‘s poor show in the areas like; child labor, literacy, primary health services, malnutrition,  and other such issues faced by the countrymen, poses a question on what we really have achieved in the last seventy years.

Accepting moral failure due to lack of governance is something a bygone era act. Around 30 infant’s died in a government hospital in Uttar Pradesh but the Chief Minister refuses to take moral responsibility of such criminal negligence. He is searching alibis to shield such murders act. This is something unique when India had 70 years of wisdom.

Chameleon thy name is Indian politicians and the latest example is Bihar chief minister Nitish Kumar. Mr Kumar who broke away from the BJP dubbing it as communal party, when faced with coalition pressure, took 180 degree turn and joined its once discarded coalition partner to remain as Chief Minister of state. This kind of politicians masquerading as the rulers of the country is queer when India as 70.

Farmer’s suicide is something that’s happening on regular basis. But this human catastrophe fails rub the collective consciousness of the people. Farmer suicides account for 11.2% of all suicides in India. In 2012, the National Crime Records Bureau of India reported 13,754 farmer suicides. As per government record on average 35 farmers commits suicide each day in India. Eleven at the 70th year of India’s independence there is no let up in such statistics.

Since independence, come monsoon, the Brahmaputra and Ganga are in spates in Assam reels and the state reels under floods. This year too, over 1.25 million people have been affected by the floods, and at least 33 reported to be killed in Assam.  It is unclear, if Bangladesh is better prepared to handle floods today why Assam lags behind.  This question becomes sharper when both centre and state governments are ruled by the same party. When this perennial problem of flood in Assam will be solved many Indians like to know @ 70.

The situation in the restive Jammu and Kashmir continues to be grim even after India has gone all out to tackle the problem of insurgency. Even after the surgical strike made deep inside Pakistan’s territory, there is no sign of decline in violence in that state. The militants there refuse to be cowed down and this raises question on our capability to counter such armed rebellion. Hardly any day passes with Kashmir is not reported in the newspapers. Why we are unsuccessful in checking insurgency in Kashmir warrants answer when India is @ 70,

There may be some apologists who may be fuming at such portrayal of India as a country.  They may be getting hyper to enumerate India’s achievements on its 70th independence.  To such people the short and sweet answer is what is said above, the opposite of it is equally true and there is nothing to get upset about our wonderful country.