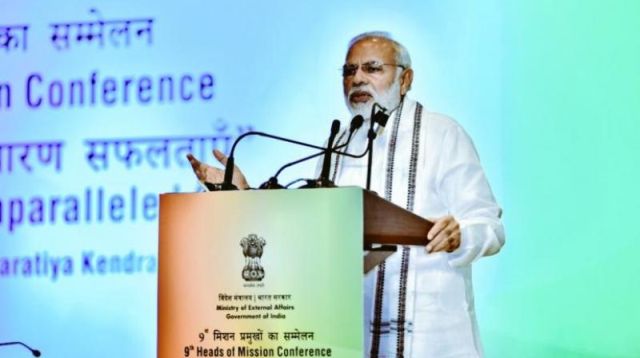 The three-day conference was also addressed by External Affairs Minister Sushma Swaraj who said that India’s global profile and prestige had gone up significantly since Modi assumed office as Prime Minister.

Modi addressed the conference on the concluding day.

“EAM @SushmaSwaraj in her welcome remarks: India’s global profile and prestige have gone up significantly since PM @narendramodi has assumed office,” he added.

President Ram Nath Kovind, who had addressed the participants of the Conference on Saturday, said there were tectonic shifts taking place in the world, not just in the realm of geopolitics and geoeconomics, and managing India’s rise in such an environment is not an easy task.

He had also said the diplomats don’t just represent the Indian state and the government of India but 1.3 billion Indians and their hopes and aspirations.