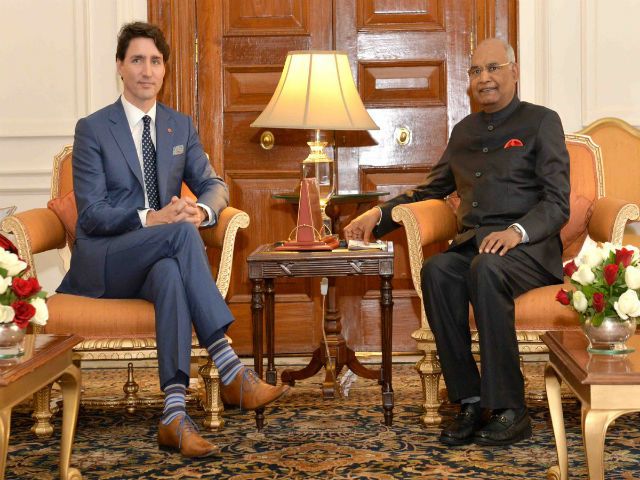 New Delhi : President Ram Nath Kovind on Friday said that India and Canada faced common challenges of terrorism and extremism and both the countries should stand united in the fight against these forces.

The President’s remarks came during his interaction with visiting Canadian Prime Minister Justin Trudeau, when he called on him at Rashtrapati Bhavan.

“The democratic and pluralistic societies like India and Canada face common challenges from forces of terrorism and extremism. As strategic partners, we should stand united in the fight against terrorism, separatism and extremism,” Kovind said in a statement issued by Rashtrapati Bhavan.

Welcoming the Canadian Prime Minister, the President said that India attaches high priority to its partnership with Canada.

“Our shared values of democracy, pluralism and the rule of law bind us together. In recent times, India and Canada have made significant progress in our cooperation in the areas of investment, education energy and connectivity,” he said.

“The Indian economy is growing at a fast pace. It opens new opportunities for Canadian investments. India invites Canadian companies to partner its initiatives such as Make in India, Digital India, Start-up India, Smart Cities, infrastructure development and Skill India,” he said.

The President also emphasised that the two countries should look at ways to enhance and diversify their bilateral trade.