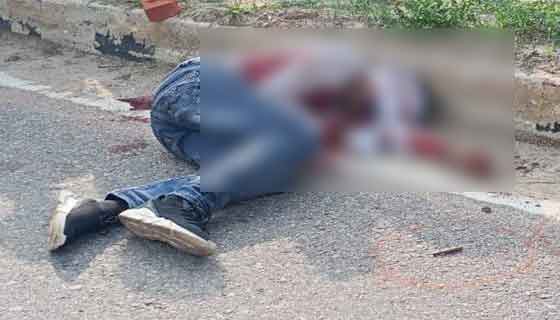 New Delhi/ Geneva: India has emerged as the most dangerous country for working journalists after Mexico in the world as the Covid-19 devastated year witnessed the murder of 83 media workers globally, said Press Emblem Campaign (PEC) in its annual report released in Geneva on Thursday. The number of journalists killed this year increased by 10 percent compared to last year 2019. The international media rights body on Thursday urged to bring those responsible for these crimes to justice.

In total, since January, 84 media workers have been killed in 30 countries around the world (up from 75 last year).

India leads with 13 (+10) killings mostly in BJP-ruled states in the country, ahead of Mexico where 11 journalists were killed (-2).

“Of the 83 journalists murdered this year, only 16 were in conflict zones (Afghanistan, Iraq, Somalia, Syria, and Yemen). The rest were targeted for their works in peaceful countries,” said Blaise Lempen, general secretary of PEC (www.pressemblem.ch) adding that the Covid-19 pandemic might have helped to freeze some conflicts and also limit the movement of journalists to dangerous areas.

While many Indian journalists were killed, arrested, harassed, sued, defamed, for tweeting opinions, reporting news critical of government as journalism has become a deadly vocation for those who questions powers that be.

India, the populous country, lost over 51 journalists to Covid-19 complications and became the second most affected nation after Peru, stated Thakuria adding that the pandemic has also left severe negative impacts on the mainstream Indian media industry as many print-owners stopped publishing physical newspapers and sighted to digital space, some closed down their editions, cut salaries and even laid off employees citing the reason of shrinking advertisement revenues during the pandemic.

More than 520 journalists have also died from Covid-19 since March across the world. Over the year, nearly 600 journalists died as a result of the violence and the pandemic, a very heavy price, the worst since the Second World War, asserted the PEC report. It also advocated for creating an independent investigative mechanism within the framework of the United Nations to fill any gap that may exist at the national level in terms of prevention, protection and prosecution.

According to the annual report, fewer journalists have died in areas of armed conflict this year, but too many of them have been targeted for their work in peaceful countries.”

The PEC figures are higher than those of other organizations because the PEC lists all killed media workers, whether or not their deaths are related to their professional activity. It is indeed difficult to prove that a crime takes place due to the work of a journalist without independent and comprehensive investigations which are often lacking in countries in conflict and shaken by violence.