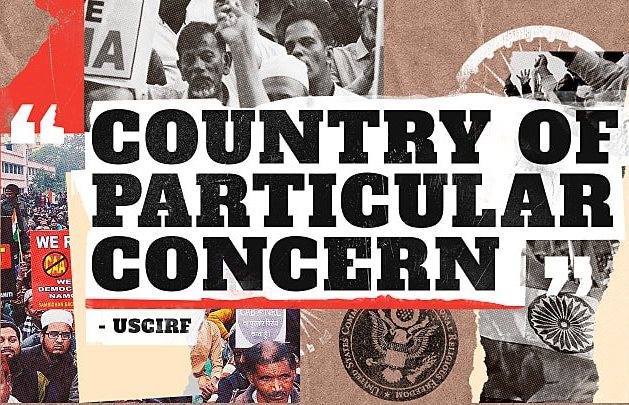 The Center for Pluralism and the supporting organizations welcome the Press Release by the United States Commission on International Religious Freedom (USCIRF) and the Annual report released by the U.S. Department of the State (DOS) in June 2020.

The USCIRF made a recommendation to the DOS about the gross violations of religious freedoms in India and listed India as a Country of Particular Concern (CPC) and suggested penalties against India’s Home Minister Amit Shah, the man behind the violations.

The CPC designation has severe consequences for India. The major global corporations that are interested in India’s prosperity will hesitate to do business in India due to social and political unrest. Most companies in the world want to do business in a stable nation.

The biggest economic threat to India is the loss of prosperity gained by the employees and the companies in the information technology sector. The employees and employers stand to lose all the gains they have made in the last twenty years. In the end, every Indian stands to lose.

Prime Minister Modi earned the CPC title by his calculated silence. He has a record for letting the bad guys do whatever they want. He had once said at the beginning of the Gujarat Massacre to his men, “You’ve three days to finish the job.” meaning kill as many as you can. It resulted in the killing of over 1000 people in February 2002.

Modi lives on with his three days formula – An 8-year-old girl Asifa was gang-raped and butchered into pieces, Modi did not speak until the whole nation was agitated. Ansari was brutally beaten with crowbars; Modi did not talk until the entire country condemned it. There were 114 such incidents during his six-year reign. In March this year, his men placed the saffron flag on their homes to identify Muslim homes who did not have the flag – they burned several houses and killed nearly 50 people. Modi did not speak or even had the courtesy to visit.

Christians and Muslims are given an ultimatum by a few members of the ruling BJP Party, that they (230 Million) have three options. Convert to Hinduism, live as 2nd class citizens, or disappear. Mr. Modi has not said a word to allay the fears.

Prime Minister Modi needs to repeal the unnecessary Citizenship Amendment Act (CAA), and the protests will stop at once, and the nation’s social and political stability will return. The demand for birth certificates is to separate Muslims as the Jews in the Holocaust were pinned Megan David on their sleeves. As per the provisions of the law, if one is a Hindu or of other faith, he/she gets automatic citizenship, but Muslims will go to the detention camps. The great Indian people of all religions have joined the protests, and they have realized, discrimination to one is discrimination to all. The demonstrations are identical to the George Floyd protests across the world.

The Modi government arrested a pregnant woman Safoora Zargar for protesting. She was slapped with false charges. Mr. Amit Shah has extensive experience with making up charges against the people he doesn’t like or, worse, killing them in fake encounters.

Kaleem Kawaja of Association of Indian Muslims of America (AIM) adds, “We hope the Government of India heeds the reports issued by the Department of State and work on correcting the course and save India from the destruction of social structure leading the economic disaster.”

We offer the following solutions to restore sanity and democracy, take back the title of CPC, and recognize all citizens are equal under the law.

We urge the Indian government to issue the visas to the Commissioners of USCIRF to verify the truth and make the recommendations to rectify the wrongs heaped on Indian Citizens, particularly the Kashmiri citizens.

We urge the Prime Minister to speak up and tell the nation that he will not tolerate lynching, cow vigilantes, raping, and harassment of fellow Indians. The calls for Christians and Muslims to convert to Hinduism or live as second-class citizens will be pushed back, and the callers will face serious consequences.

Mike Ghouse is the founder and president of the Center for Pluralism. He is a speaker, thinker, author, consultant, pluralist, activist, newsmaker, and an interfaith wedding officiant. He is committed to building cohesive societies and offers pluralistic solutions to the media and the policymakers. www.TheGhousediary.com

Why is the demolition of church buildings irrelevant in India?

Indian-Americans welcome US call for religious freedom for Indian Muslims