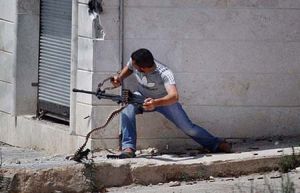 “The Assad government has appealed for support from India, both directly when the political advisor visited New Delhi in March, and later in a letter to BRICS,” Meenakshi Ganguly of Human Rights Watch said.

According to Human Rights Watch, the Syrian Air Force has repeatedly carried out indiscriminate and in some cases deliberate strikes against civilians in violation of international humanitarian law.

According to a network of Syrian activists, air strikes have killed more than 4,300 civilians across Syria since July 2012.—IANS.