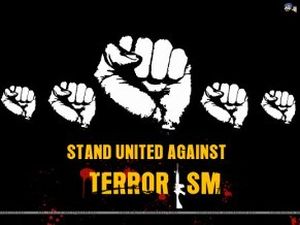 New Delhi, Feb 19 : India on Friday called for a “whole of the world” approach to counter the global scourge of terrorism.

“India has displayed early initiative in building a global resolve and new strategies for combating terrorism by tabling a Comprehensive Convention on International Terrorism at the United Nations almost two decades ago,” Anil Wadhwa, secretary (east) in the ministry of external affairs, said while addressing the academic session at the eighth edition of the Delhi Dialogue here.

“The initiative has now gathered greater traction at a time when the spectre of global terrorism appears more threatening. We encourage a ‘whole of the world’ approach in countering terrorism,” he said.

The Delhi Dialogue is a premier annual track 1.5 diplomatic event discussing the politico-security, economic and socio-cultural engagement between India and the 10-member Association of Southeast Asian Nations (Asean).

Wadhwa said the security issues of terrorism, moderation, cyber crime and South China Sea were addressed throughout the year culminating in the 10th East Asia Summit (EAS) held in November 2015 in Kuala Lumpur.

“Counter-terrorism and South China Sea issue dominated the proceedings in the wake of rise of ISIS (as the Islamic State terrorist outfit is also known), Paris attacks and activities carried out in some of the islands of South China Sea,” he said.

“EAS participating countries, including Malaysia and Indonesia, rejected the brand of Islam being propagated by ISIS, and advocated undertaking effective counter-measures against ISIS, including promoting moderation and awareness about the true nature of Islam.”

Wadhwa said India has taken several initiatives to promote greater cooperation with Asean on terrorism and security-related issues in 2015.

“We sent a multi-agency delegation to visit Asean law enforcement institutes in June 2015. We jointly hosted, with Cambodia, an EAS Workshop and Dialogue on Regional Security Architecture at Phnom Penh in July 2015. We have also organised an Asean-India Cyber Security Conference in January 2015 in New Delhi. We aim to host the first G-2-G Asean-India Cyber Dialogue in New Delhi in early 2016,” he said.

The secretary (east) also stressed on maritime cooperation between India and the Asean member states and promotion of blue economy in the region.

“There is a need to ensure long-term sustainability of the coastal and marine ecosystems and the economy by moving from an ocean economy, to a blue economy the sustainable development of which requires careful balancing of human needs and ecosystem protection,” he said.

“Developing a blue economy in our region would mean integrating its goals into our social, economic and environmental development.”

“We can develop a common regional vision for a blue economy through public private partnerships. Leveraging of technology, such as marine spatial planning, to harvest marine resources in a sustainable manner, is a priority,” he said.

He also called upon the private sector to act more responsibly in its use of marine resources while participating in nine key marine resource based industries: fisheries and aquaculture; ports, shipping and marine transport; tourism, resorts and coastal development; oil and gas; coastal manufacturing; seabed mining; renewable energy; marine biotechnology; and marine technology and environmental services.

He suggested holding a year-long India-Asean commemoration, with a wide range of activities such as retracing journeys undertaken by Buddhist pilgrims, travellers and scholars of ancient times; re-enactment of historical events; and staging of performing arts which bring to life the shared cultural heritage of the two sides.—IANS