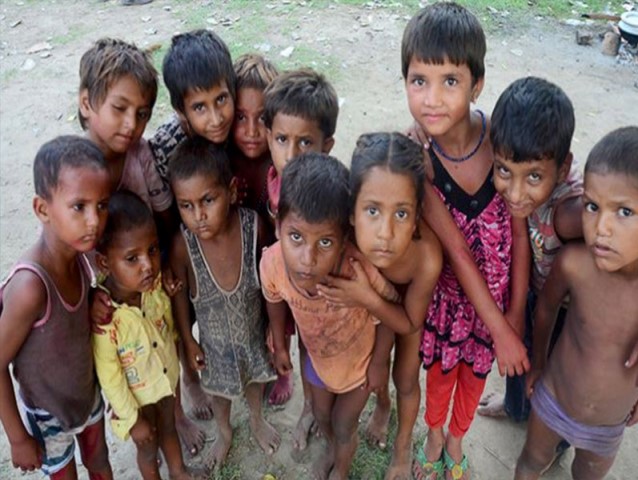 New Delhi : India ranked 107 out of 121 countries in the Global Hunger Index 2022 with its child wasting rate at 19.3 per cent, being the highest in the world.

The Global Hunger Index (GHI) is a tool for comprehensively measuring and tracking hunger at global, regional, and national levels.

With a score of 29.1, the level of hunger in India has been labelled “serious”.

In Asia, Afghanistan with a rank of 109 is the only country behind India.

“India’s child wasting rate, at 19.3 per cent, is the highest of any country in the world and drives up the region’s average owing to India’s large population,” it said.

India, Pakistan, and Afghanistan each have child stunting rates between 35 and 38 per cent, with Afghanistan’s rate being the highest in the region.

The GHI said stunting disparities between districts were particularly pronounced in India.

“The example of India shows the importance of considering the subnational context when designing programs and policies to target child stunting. Researchers investigated the factors that contributed to a decline in stunting in four Indian states between 2006 and 2016: Chhattisgarh, Gujarat, Odisha, and Tamil Nadu,” it said.

The report said the researchers found that stunting fell mainly in response to improvements in the coverage of health and nutrition interventions, household conditions (such as socioeconomic status and food security), and maternal factors (such as mothers’ health and education).

“While improvements in household conditions were the most important factor for each of the four states, the second most important factor varies by state. As the authors conclude, this variability across states indicates the need for contextualized policy and programmatic initiatives to help focus the efforts in the sectors that need the most attention for continued decline in stunting,” it said.

The GHI said the world is facing a serious setback in efforts to end hunger with conflict, the climate crisis and the economic consequences of the COVID-19 pandemic, compounded by the war in Ukraine – are major drivers of hunger.

The report warned that the situation is expected to deteriorate further as global crises overlap.

“Possible solutions and the scale of investment required are known and quantified. Rather, the problem lies in policy implementation and the lack of political will in the world,” it said.

Activists and politicians have hit out the government for India’s ranking. Sitaram Yechury, Secretary-General of the Communist Party of India (Marxist) said the government must take responsibility for this era of darkness India has been brought to in 8.5 years.

“Dangerous, sharp slide of India on global hunger index since 2014. Modi govt is disastrous for India. Low food stocks barely over minimum buffer plus rising prices. Government must take responsibility for this era of darkness India has been brought to in 8.5 years. Enough of PR, spin & lies,” Yechury tweeted.

Congress leader P Chidambaram said, “When will the honourable PM address real issues like malnutrition, hunger, and stunting and wasting among children? 22.4 crore people in India are considered undernourished.”

“Our score has worsened since 2014 in the 8 years of the Modi government 16.3 per cent of all Indians are undernourished, meaning they do not get enough food,” he said in another tweet.