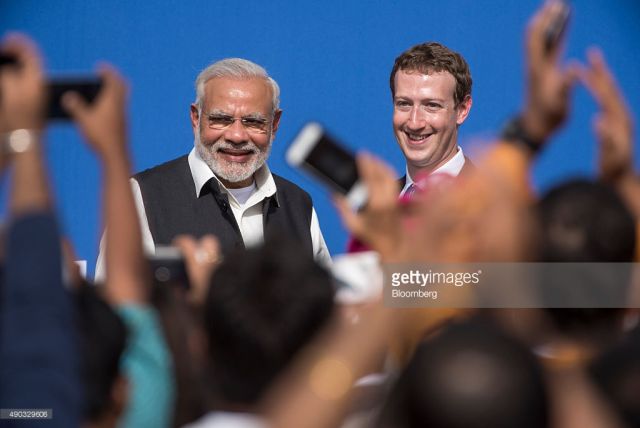 With Facebook now embroiled in a massive data breach controversy, the bonhomie appears to be over, with India warning Zuckerberg of “stringent action”, including summoning him over the “misuse” of data to allegedly influence the country’s electoral process.

Zuckerberg has recently said Facebook will ensure that its platform is not misused to influence elections in India and elsewhere, but after witnessing how social media platforms were infiltrated during the 2016 US presidential election and the Brexit vote in the UK, nothing can be predicted at this point of time.

While governments the world over are fast formulating new laws that deal with users’ data security and privacy, and the spread of false news, India lags far behind on this front.

Is the country prepared in case a huge data security or privacy breach hits its people?

According to top cyber law experts, India as a nation has missed the broader point in the ever-changing tech landscape.

“The moot point here is: How do we regulate mobile app providers, social media players and intermediaries in terms of handling and processing the users’ data? We don’t have a data protection law in place. We neither have a national law on cyber security nor a national law on privacy,” Pavan Duggal, the nation’s leading cyber law expert, told IANS.

The absence of these critical laws has created a very fertile ground for the misuse and unauthorised access of users’ data by the service providers.

“On top of it, India has not revisited its stand on intermediaries’ liabilities since 2008. Also, the service providers have been given a great fillip by a judgement of the Supreme court, where the service providers are directed not to take any action till such time they get a court or a government agency order,” Duggal informed.

In such a scenario, service providers are using the “Indians’ data with impunity”.

“They are transferring them outside the territorial boundaries of the country because we as a nation are sleeping. Once the data goes outside the country, the government loses all control. This has a detrimental impact on the protection and preservation of people’s data privacy and personal privacy,” Duggal stressed.

India has to learn from the European Union (EU) when it comes to formulating a legal framework to secure data.

The EU has asked businesses and service providers globally to comply with its new privacy law — the General Data Protection Regulation (GDPR) — that comes into force from May 25 this year.

The EU GDPR has been designed to harmonise data privacy laws across Europe — to protect and empower all EU citizens’ data privacy and to reshape the way organisations across the region approach data privacy.

After four years of debate, the GDPR was finally approved by the EU Parliament on April 14, 2016. Organisations that fail to comply with the new regulation will face hefty fines.

Although a white paper on data security has been published by the Indian government for all the stakeholders to deliberate upon, the country is still working on drafting a data protection bill.

“India is woefully under-prepared to address issues of data protection and cyber-security. We need a data protection law that protects citizens from misuse of data with strict liability and extremely high statutory damages that must be awarded within a strict period of time,” said Mishi Choudhary, President and Legal Director of New Delhi-based Software Freedom Law Centre (SFLC.in), a not-for-profit organisation.

According to Duggal, also a noted Supreme Court lawyer, India should not cut-paste any other country’s law as it has to deal with a different set of problems.

“India’s social realities are entirely different. The country has to deal with the huge issue of Aadhaar which is reeling under variety of cyber attacks because we have failed to apply cyber security as an integral part of the Aadhaar architecture,” Duggal told IANS.

India’s approach has to be based from its soil and the country must strive for data localisation.

“India should not allow its data to be stored outside its boundaries. Service providers must (be made to pay) high penalty if they are found to be misusing the data of Indians irrespective of if they are physically located in the country or not,” Duggal said.

(Nishant Arora can be contacted at nishant.a@ians.in)