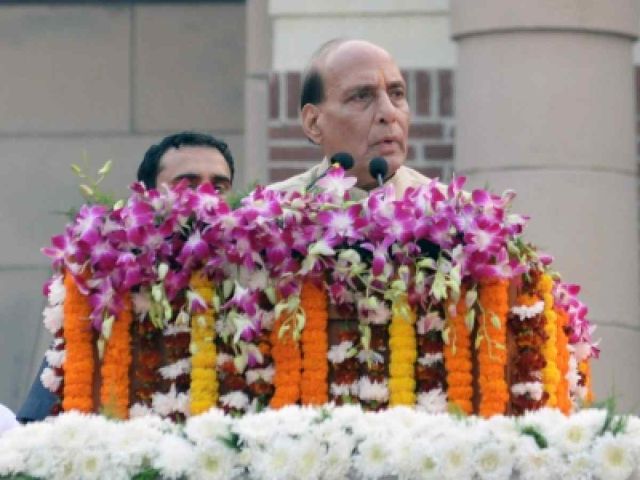 New Delhi : India is “surrounded with possibilities, not with incapabilities,” Union Home Minister Rajnath Singh said on Wednesday, while flagging off a ‘Run for Unity’ here to commemorate the birth anniversary of Sardar Vallabh Bhai Patel.

“Sitting inside my office when I see Sardar Vallabh Bhai Patel’s photograph hanging on a wall, I think we are surrounded with possibilities not with incapabilities,” the Minister said.

Praising Patel’s role in India’s unity amid the tumultuous years post Independence in 1947, Rajnath Singh said the nation was deeply indebted to him for integrating 562 princely states into the Indian Union.

“It was India’s bloodless revolution. He completed this difficult task within 70 days because of his determination. Had he not integrated these states into the Indian Union, the current situation of the country would have been different. We would have needed visa to visit these states,” the Minister said.

“Patel was a great supporter of Mahatma Gandhi. Gandhi used to make policies and Patel would turn them into reality. He was the greatest protector of Indian nation… He will be known as a symbol of unity.”

“Our PM belongs to the same state where Patelji was born. He is playing a major role in completing Mahatma Gandhi’s and Patel’s dream of modern India.”

Thousands of people in the age group of 7 to 70 took part in the over one-km run from Dhyan Chand Stadium to India Gate.

Earlier, the Minister paid floral tributes at Patel’s statue at Patel Chowk in the heart of Delhi to mark his 143rd birth anniversary.