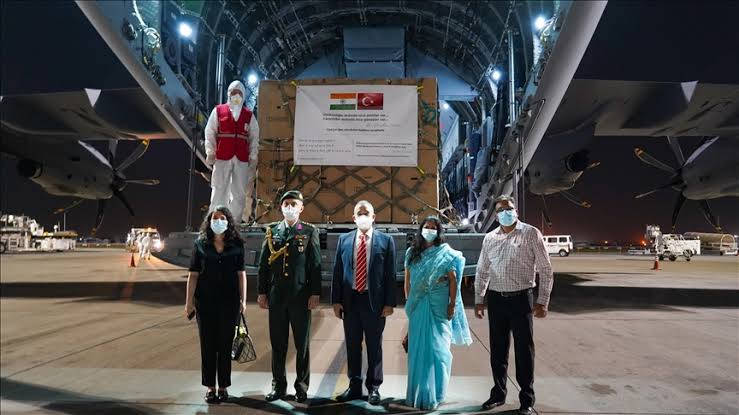 India has thanked Turkey for sending medical aid as the country battles a deadly wave of the COVID-19 pandemic, with 16 million cases reported so far.

“Appreciate this gesture of solidarity from the Government of Turkey,” said Arindam Bagchi, India’s Ministry of External Affairs spokesman.

“[We] thank the Turkish Red Crescent Society for consignment of medical supplies that arrived today,” Arindam said on Wednesday.

Sanjay Panda, India’s ambassador to Turkey, in a tweet said the medical supplies were “critical.”

“Thank you, Turkey, for being there for India during these challenging times,” he said.

“We are proud to stand with the people of India in these trying times,” he said.

Ibrahim Altan, head of the Turkish Red Crescent, said they sent the aid upon the orders of President Recep Tayyip Erdogan.

The two countries boast of around $8 billion annual trade.

India is among the countries worst hit by COVID-19 — only next to the US.

India, a country of 1.3 billion, has also reported over 3.4 million deaths due to the coronavirus outbreak since December 2019-AA