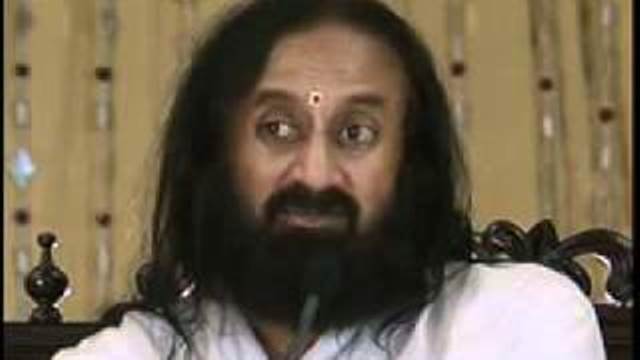 New Delhi In a statement that will add further fuel to the contentious Babri Masjid-Ram Janmabhoomi controversy, the Art of Living founder Sri Sri Ravi Shankar today said India will turn into Syria if the Ram temple issue is not resolved soon.

In an exclusive interview with India Today TV’s Padmaja Joshi, Ravi Shankar, who has been holding parl: eys with the various parties involved in the Ram Mandir issue for a long time, said, “If Ram Mandir issue is not solved, we will have a Syria in India.”

The Syrian crisis is an ongoing multi-sided armed conflict being fought primarily between President Bashar al-Assad’s government, its allies, and the many forces opposing the government. This year, the civil war entered its eighth year, with more than 465,000 Syrians killed so far, over a million injured, and nearly 12 million – half the country’s pre-war population – displaced from their homes.

In the last two weeks, the Syrian crisis has made major headlines across the world, after more than 600 people have so far been killed in Eastern Ghouta.

In his interview with India Today, Sri Sri invoked the Syrian civil war to say that Muslims should “give up” their claims on Ayodhya. “Muslims should give up their claim on Ayodhya as a goodwill gesture… Ayodhya is not place of faith for Muslims.”

The 61-year-old spiritual leader said Islam does not allow worship at a disputed site. “We cannot make Lord Rama to be born in another place,” he said.

Ravi Shankar also rubbished suggestions that a public utility like a hospital should be built at the disputed site, where a Mughal-era mosque was demolished by a Hindu mob on December 6, 1992. The Ayodhya dispute is centred on the same plot of land, which Hindus claim is the birthplace of Lord Rama.

In the past one year, Ravi Shankar has interacted with more than 500 leaders in Ayodhya, Bangalore, Lucknow, Delhi, Hyderabad, and Chennai personally or through video conferencing for an out-of-court settlement to the Ayodhya dispute.

Sri Sri Ravi Shankar said, “Some people are opposing my efforts because they thrive on conflict. All people will never agree with the court verdict.”

Recently, Ravi Shankar met expelled All India Muslim Personal Law Board (AIMPLB) member Syed Salman Hussain Nadvi, who was expelled by the Muslim body for saying that shifting of a mosque was permissible under Sharia law.

There were also allegations Ravi Shankar had given money to Nadvi, an allegation denied by The Art of Living founder in his interview with India Today. “I never gave money to Nadvi,” he said.—-SOURCE INDIATODAY.IN

If the situation worsens Jamiat Ulama and Muslim Board will be responsible, warns Salman Nadvi