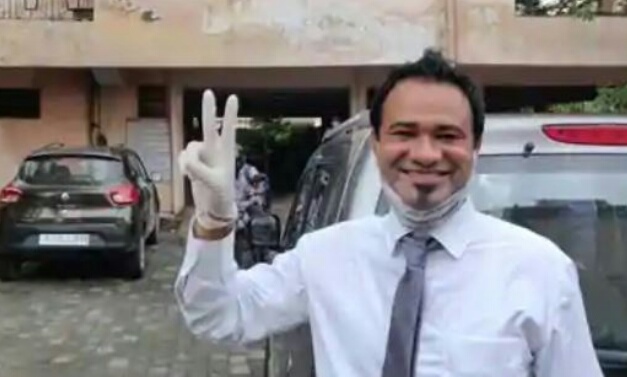 IAMC lauded the High Court in Uttar Pradesh, which ordered his release this week, for rejecting the government’s claim that the 39-year-old pediatrician had tried to “increase hatred, enmity and disharmony towards Hindus” in a speech last December. The government had booked Dr. Khan under the draconian National Security Act.

That the High Court unequivocally ruled that Dr. Khan “did not promote hatred or violence” but, in fact, gave a call for “unity among citizens” in his speech exposed that the state government’s true intent behind incarcerating Dr. Khan is to persecute India’s Muslims for protesting India’s new anti-Muslim citizenship law said IAMC.

“In his speech from December that caused his arrest, Dr. Kafeel Khan had blamed Indian Prime Minister Narendra Modi’s government for its economic failures and rising unemployment, and criticized it for bringing the citizenship law with the sole aim of rendering millions of Muslims illegal migrants in their country of birth,” said Ahsan Khan, President of the Indian American Muslim Council. “As the high court said, he broke no law but actually performed his duty as a law-abiding citizen in a democracy, but was punished nonetheless,” added Mr. Khan.

‘It is appalling that the Uttar Pradesh government has repeatedly filed false criminal cases against Dr. Khan over the last three years. He was jailed for seven months in 2017 on the false accusation that his negligence had caused the death of 70 minor patients at a government hospital when several investigations revealed that Dr. Khan had, in fact, worked day and night to save hundreds of children from certain death by arranging oxygen for them with his own money, said the statement.

“The Uttar Pradesh government, which is also run by Mr. Modi’s political party, the BJP, has viciously attacked, killed and imprisoned hundreds of Muslims over the last seven months in a bid to terrorize India’s largest religious minority and to browbeat it into submission to the new citizenship law,” said Syed Ali Vice President of IAMC.

“Mr. Modi’s government is adamant at sabotaging the right to protest and the freedom of expression, which have long been the cornerstone of the Indian democracy,” Mr. Ahsan Khan of IAMC said. “As Dr. Khan said in his December speech, no matter how severe the repression, India’s Muslims will not flinch in fighting such persecution and will eventually defeat the repression.” it added.