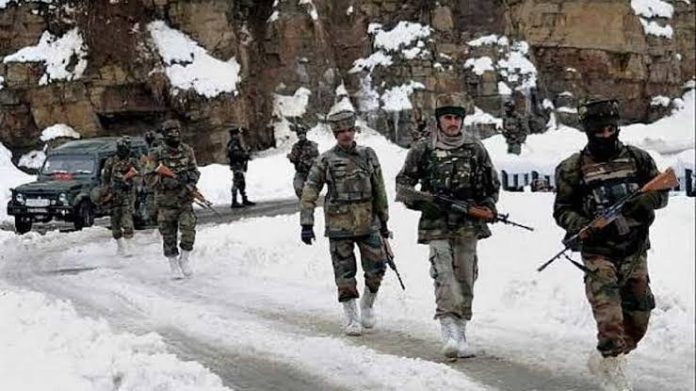 New Delhi, Sep 14: Indian and Chinese troops were engaged in a heated exchange on the northern bank of Pangong Tso Lake in Ladakh but disengaged after holding talks.

According to sources, the exchange took place on Wednesday in eastern Ladakh.

The face-off comes ahead of an informal summit in October between Prime Minister Narendra Modi and Chinese President Xi Jinping in India.

According to the sources, the Chinese Army personnel objected to patrol by Indian soldiers in the Pangong Tso lake area, most of which is under Chinese control.

The issue was resolved during talks between the two sides on Wednesday, the sources said.

The face-off also comes ahead of the Indian Army holding its “Him Vijay” exercise in Arunachal Pradesh, most of which China claims as part of Southern Tibet.

Ministry of External Affairs spokesperson Raveesh Kumar said the matter had been resolved quickly, which was important to note.

“The matter stands resolved. I think what is important to note is that there are existing mechanisms between India and China to resolve such issues,” he said.

It means that the mechanisms which exist between India and China are working very well,” Kumar added.

He also said there was no link between the war game in Arunachal Pradesh in October and the visit of the Chinese president during the same time.

“There is no connection between the military exercise and Xi’s visit,” Kumar said, adding that dates for President Xi’s visit would be announced soon.

China has also voiced its disapproval of India revoking the special Astatus of Jammu and Kashmir and hiving off Ladakh, and making it into a Union Territory.

During External Affairs Minister S Jaishankar’s visit to Beijing to firm up President Xi’s visit, the Chinese Foreign Minister Wang Yi had told him that the India’s announcement of the establishment of the Ladakh Union Territory, “which involves Chinese territory, posed a challenge to China’s sovereignty and violated the two countries’ agreement on maintaining peace and stability in the border region”.

Jaishankar told Wang that the creation of Ladakh has “no implication for either the external boundaries of India or the Line of Actual Control (LAC) with China” and that “India was not raising any additional territorial claims”.

Chinese forces regularly intrude into Ladakh area, and face off with Indian troops there.