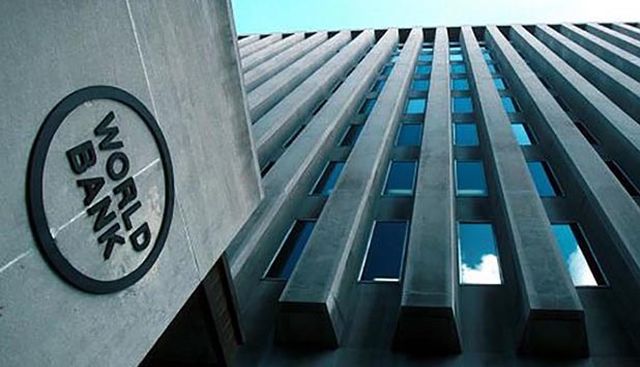 New Delhi : India would grow at 7.3 per cent in 2018-19, the World Bank said on Wednesday forecasting that the economy would revert to its trend growth rate of 7.5 per cent by 2019-20 as it bottoms out from the impact of the Goods and Services Tax (GST) and demonetisation.

In the current year, the economy is expected to clock a growth rate of 6.7 per cent, said the World Bank’s India Development Update report, which takes stock of the Indian economy.

It said while India’s GDP growth saw a temporary dip in the last two quarters of 2016-17 and the first quarter of 2017-18 due to demonetization and disruptions surrounding the initial implementation of GST, but economic activity had begun to stabilize since August last year.

“While services will continue to remain the main driver of economic growth, industrial activity is poised to grow, with manufacturing expected to accelerate following the implementation of the GST, and agriculture will likely grow at its long-term average growth rate,” it said.

It added that reaching growth rates exceeding 8 per cent will require continued reform aimed at resolving issues related to credit and investment, and enhancing the competitiveness of India’s exporting sector.

“Maintaining hard-won macroeconomic stability, providing a definite and durable solution to the cleaning up of banks’ balance sheets, realising GST’s growth and fiscal dividend, and regaining momentum on the unfinished structural reform agenda will be key for realising these rates of growth,” it added.

“Accelerating the growth rate will also require continued integration into the global economy.”

According to the World Bank, India’s growth in recent years has been supported by “prudent macroeconomic policy” including a new inflation targeting framework, energy subsidy reforms, fiscal consolidation, higher quality of public expenditure and a stable balance of payment situation.

“In the long-run, for higher growth to be sustainable and inclusive, India needs to use land and water, which are increasingly becoming scarce resources, more productively, make growth more inclusive, and strengthen its public sector to meet the challenges of a fast growing, globalizing and increasingly middle-class economy,” he added.

Poonam Gupta, the lead economist and the main author of the report, said that durable revival in private investments and exports would be crucial for India achieving a sustained high growth of 8 percent and above.

“This will require continued impetus for structural reforms. Resorting to countercyclical policies will not help spur sustained growth and India should not compromise its hard-earned fiscal discipline in order to accelerate growth,” she added.

The report recommended reforms in the fields of private investments, bank credit and exports.