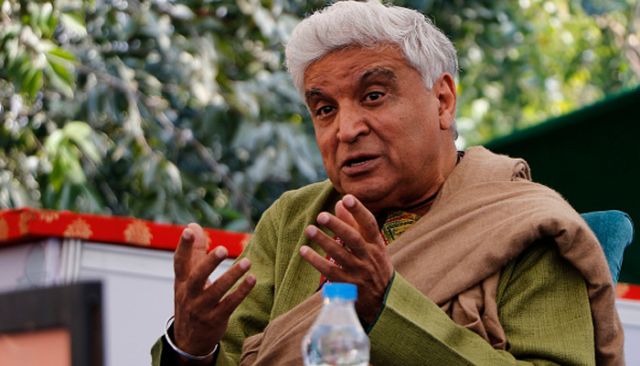 Mumbai : The Indian film industry is a citadel of secularism where there’s no scope for communal bias, says veteran writer-lyricist Javed Akhtar.

“I had joined the film industry in 1965 on a salary of 50 rupees a month. In these 53 years, not for a second I have experienced or even seen any communal bias in our industry. This film industry is the citadel of secularism. Bigots, don’t try to pollute it,” Akhtar tweeted on Wednesday.

Akhtar’s comment comes amid a raging debate which got sparked by a social media user’s tweet questioning Bollywood star Aamir Khan’s right to play Lord Krishna in the actor’s proposed screen version of the “Mahabharata”.

When a Twitter user questioned Akhtar on the correlation of Rs 50 and secularism, the critically acclaimed writer commented: “This is to establish that even when I was economically in a very humble and socially in a very vulnerable position, then too I didn’t feel any discrimination at least on any communal grounds.”