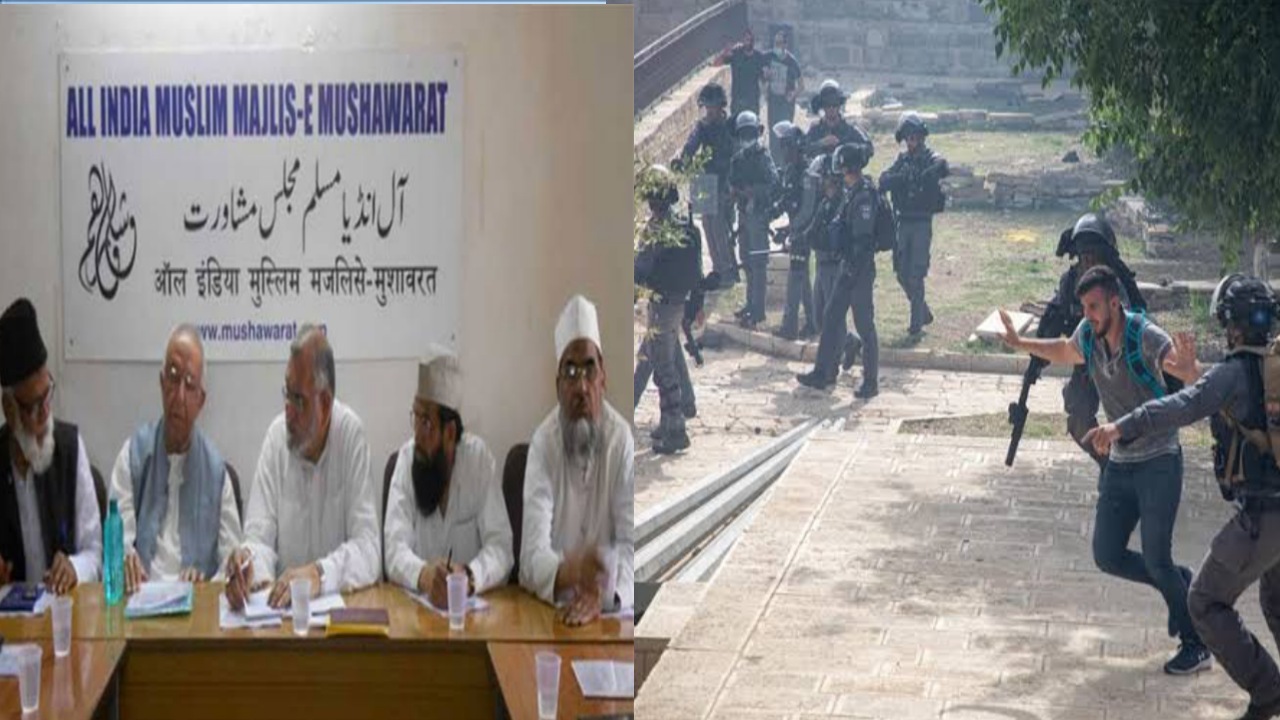 Israeli police attacked Muslim worshippers last Friday inside the Al-Aqsa Mosque in occupied East Jerusalem’s Old City which not only violated international law but it also called into question the unity of the Muslim world, said Naveed Hamid, president of the All India Muslim Majlis-e-Mushawarat, a federation of various Muslim organizations in India.

In a statement issued in New Delhi, the president described the attack as a blatant violation of international law, a crime against humanity, and a threat to the Islamic world.

Palestinians in recent days have protested in solidarity with residents of occupied East Jerusalem’s Sheikh Jarrah neighborhood amid attacks by Israeli police.

The protests came as the Israeli Central Court in East Jerusalem approved a decision to evict seven Palestinian families from their homes in favor of Israeli settlers at the beginning of this year.

At least 205 Palestinians were injured in the clashes, according to the Palestinian Red Crescent.

More than 305 people were injured on Monday when Israeli police stormed the Al-Aqsa Mosque and attacked Palestinians again who were on guard to prevent possible raids by extremist Jews.

The Indian Muslim organization has demanded that the international community launch an urgent investigation into the attacks and forced evictions of Palestinians from their homes in the Sheikh Jarrah neighborhood, as well as Israel’s rampant occupation of their lands.

The president said Israeli forces’ attacks on peaceful worshipers, including the elderly, children, and women, are a blatant breach of human values and a “crime against humanity” that must be investigated immediately. “The perpetrators of the Israeli terrorist attack should be tried at the International Criminal Court,” he demanded.

In this hour of trial for Palestinians, the president reiterated the organization’s solidarity with the Palestinian people who are being persecuted by wrathful Israeli Zionists.