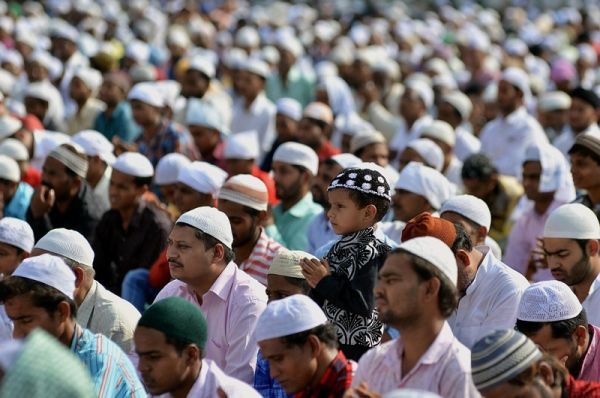 These are three broad themes that have come out from a recent survey conducted by the Centre for the Study of Developing Societies (CSDS) in collaboration with Konrad Adenauer Stiftung (KAS) a German think-tank.

The report, titled “Indian Youth: Aspirations and Vision for the Future”, was based on a survey that was conducted in July-August 2021 on 6,277 people aged 18-34 across 18 states.  The CDS and KAS had conducted a similar survey in 2016 and have compared it with the findings made in 2021.

The survey has found that the proportion of Muslims praying, fasting, visiting mosques, and reading religious books or watching religious material is lowered in comparison to 2016 when the last CSDS survey was conducted.

The CSDS survey conducted in 2016 had a sample size of 5,681; found that Muslim youths had higher religiosity than any other group. In 2016, 97 percent of Muslim respondents said they prayed regularly, followed by Hindus (92 percent), Sikhs (92 percent), and Christians (91 percent).

However, in the 2021 survey, only 86 percent of Muslim youth said they prayed regularly — a decline of 11 percent from five years ago. In comparison, the share of youth who report praying regularly has risen among Sikhs (96 percent) and Christians (93 percent), and declined only marginally for Hindus (88 percent).

Similarly, there is a sharp decline in the proportion of Muslim youths visiting places of worship. In 2016, 85 percent of Muslim respondents reported that they visited mosques at various frequencies but in 2021, only 79 percent said they did so.

Pessimism about religious harmony in India

In this context, CSDS the survey asked the respondents whether religious harmony would improve or worsen in the next five years in India.

According to the CSDS report, the “despair” about religious co-existence was higher among the Muslims who lived in states with a Muslim population higher than the national average of 14.23 percent. These states are; Assam, West Bengal, UP, Bihar, Jharkhand, and Kerala. In these states collectively, 35 percent of Muslims said they expected deterioration compared with 23 percent in states with a lower-than-average Muslim population. While two other religious minorities, Christians and Sikhs, were similar to Muslims in expressing a “strong sense of despair” about communal harmony in India.

The CSDS report reveals that Muslims faced more discrimination than other minorities. The report took note of the National Crime Records Bureau (NCRB) data to point out that cases of communal/religious rioting have nearly doubled from 2019 to 2020. The NCRB reported 438 cases in 2019, there were 857 cases in 2020.  The report also mentioned “hate crimes and lynching” targeting Muslims as well as the new citizenship law CAA that discriminates against Muslims.

The survey further found that Muslims in states which had a higher-than-average Muslim population found higher religious discrimination because of their greater interaction with the Hindu community.

The report said, on the issue of facing discrimination, Muslims were quite alone in feeling so. While, on average, 70 percent of the respondents said they never faced discrimination for their religion, this was only 49 percent for Muslims.

The survey report in its conclusion says that “one would think that being at the receiving end of hate, discrimination, and violence, it was possible that some Muslim respondents may have felt “less comfortable” about revealing their religious practices. This may be because Muslims are more guarded talking about their religion. Therefore the survey’s data may not be a true reflection of ground realities.

There is no doubt that in the finding there is all-around pessimism among Muslims in India. They see hardly any hope for the improvement of religious harmony in India. The finding that Muslims are being discriminated against in India is quite valid.  However, the first finding that Indian Muslims have become ‘less religious’ in 2021 than in 2016 is debatable.

Syed Ali Mujtaba is a jou8rnalist based in Chennai. He can be contacted at syedalimujtaba2007@gmail.com