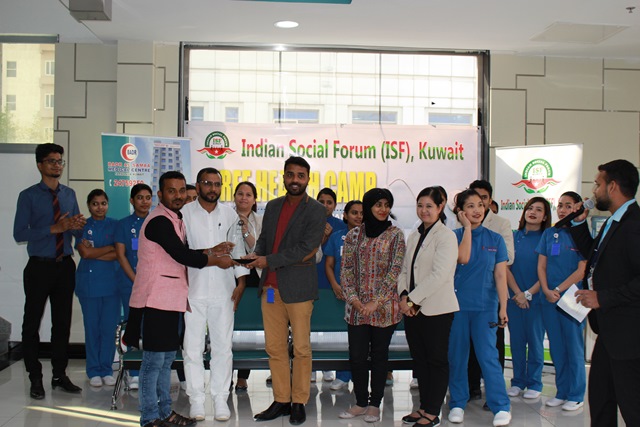 Hundreds of expatriates including women and children benefited from the health camp. Free checkup including Fasting Blood Sugar, Blood Pressure, Total Cholesterol, SGPT (Liver Screening) and Creatinine (Kidney Screening) were provided for the camp participants. Majority of them made use of the free Consultation from Doctors specialized in General Medicine, Internal Medicine, Urology, Gynecology, Pediatrics, General Surgery, and Dentistry. This social initiative was a part of forum’s ongoing efforts aimed at creating health awareness among expatriates especially less privileged sections of Indian community.

The Social Forum had congratulated the Doctors, the Staff and the management of Badr Al Samaa who rendered service and contributed for the camp’s success. At the conclusion ceremony, a memento was presented to BADR Al Samaa in recognition for their ongoing commitment and dedicated service in the field of Healthcare.