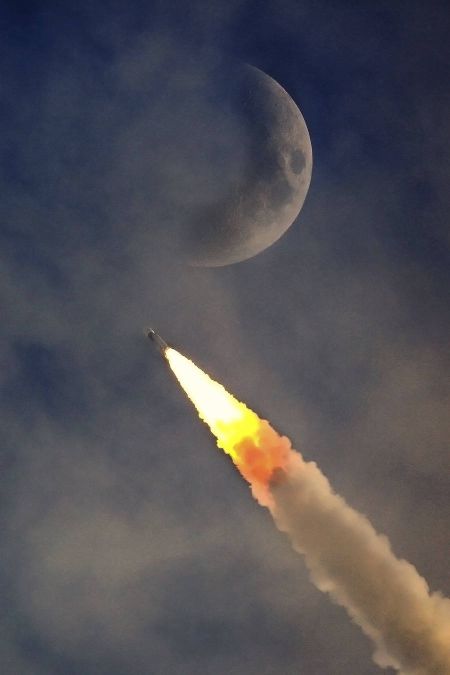 The satellite’s orbit was successfully raised further by firing the liquid apogee motor engine at 10.27 a.m. for an hour and forty minutes. Thereafter, the GSAT-29’s apogee/perigee was 35,837 km and 32,825 km. The satellite takes 22.7 hours to orbit the earth.

The advanced communication satellite, which will also link Jammu and Kashmir and the northeastern states under the Digital India programme, was put into orbit by India’s latest and heaviest geosynchronous satellite launch vehicle (GSLV-Mk III/D2) on Wednesday.

The first operation was carried out on Thursday morning by firing the satellite’s engine for an hour and thirty-five minutes.

With a life-span of 10 years, GSAT-29 is a multi-beam satellite that carries Ka/Ku-band high-throughput communication transponders.

The Q/V-band payload, data transmission through optical communication link would be used for satellite to satellite communication, said D.K. Das, Director, Space Applications Centre, ISRO. Its frequency is not yet crowded.

The satellite also carries a 55-metre geo-high resolution camera that would be fixed in the weather satellites, once it starts functioning, Sivan said.

A combination of high throughput satellites — GSAT-19, GSAT-29, GSAT-11 and GSAT-20 — would provide the high speed internet needed for the success of the Digital India programme, he added.