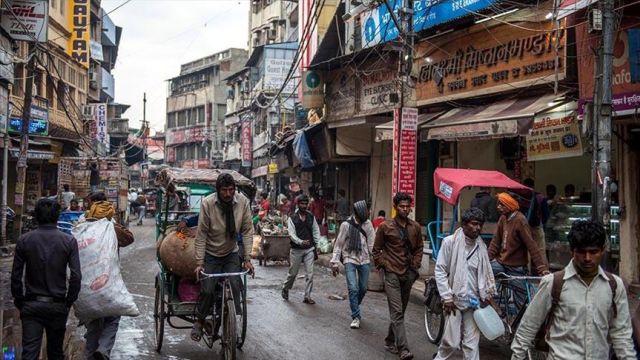 By Abdul Gani and Ahmad Adil,

Guwahati/Chandigarh: A retired junior commissioned officer, who served in the Indian army, is among four million people whose names were excluded in the draft list of citizens issued by the Indian government.

The government published a draft known as the National Register of Citizens (NRC) on Monday.

“This is very unfortunate. I just can’t accept this behavior. I’m deeply hurt,” 50-year-old Azmal Haque, who retired from the Indian Army in 2016, told Anadolu Agency.

The NRC list is unique to Assam. It was first tabulated in 1951, four years after independence from British rule, to distinguish Indian citizens from illegal migrants from bordering Bangladesh, which was then part of Pakistan.

“I never expected to see this day, even after serving the nation for 30 years, I will not be called as an Indian citizen,” Haque said.

“There are around seven such persons who have served the Indian Army or Indian Air Force but their names were not mentioned in the list. We are going to write to the president of India for questioning our citizenship,” says Haque, who is permanent resident of Chaygaon village in Kamrup district of northeastern Assam State.

The list includes only those people or their descendants who entered India till midnight of March 24, 1971, when Bangladesh became an independent state.

However, the Bangladeshi government labeled it an “internal issue” of India and stated that Dhaka has nothing to do with the matter.

“Whatever is happening in Assam is an internal issue,” Bangladesh’s Minister of Information Hasanul Haq Inu told Indian broadcaster WION on Tuesday.

“Assam is a case of purely ethnic conflict,” he said and noted that the Delhi government “has not raised this issue with us.”

“Bangladesh government is not interested in starting any communication since there is no robust way to stop illegal immigration,” Inu said.

The first draft of the list published on Monday left out four million people. The move has triggered fears that a huge population would be rendered stateless.

The Indian government stated the new law considers those who arrived before the war as legitimate citizens.

“Our forefathers have lived here. We have submitted the documents of pre-independence era (1947). So, there is no doubt about that. I think it’s some human error that has kept me out of the list. But I’m pretty sure to get included in the list,” 38-year-old Pitambar Newar from Duliajan, a town in the eastern part of Assam, told Anadolu Agency.

The move by the Indian government has triggered a massive political controversy in the country, with many political leaders fearing the move could result into a “civil war”.

The ruling Bhartiya Janata Party’s (BJP) President Amit Shah on Tuesday said that those people whose names are not in the NRC are “intruders” as they have failed to prove their Indian citizenship.

However, Prateek Hajela, the NRC coordinator, said those people whose names were not listed should not be worried.

“This is not the final list. This is just a draft. The individuals will be given ample opportunities. They can fill up a form and claim their names, objections and even clarifications if needed,” Hajela tells Anadolu Agency.

The process of filing objections would begin Aug. 30 and continue until Sept. 30, according to the officials.

“The government should set up an ombudsman along with civil society and neutral entities from within our country, to review every name,” Brinda Adige, a rights activist told Anadolu Agency.

The Indian Supreme Court, which is monitoring the process, said no action shall be taken on the basis of NRC draft.

“In this regard, the Court would like to observe that what has been published is only the Complete Draft NRC, which naturally being a draft cannot be the basis of any action by any authority,” said the Supreme Court order which was passed on Tuesday.

Debasish Bhattacharjee, a professor at the department of political science in Assam University, said the government needs to deal with the situation “very carefully.”

“It is difficult to comment about what is going to happen because there is no plan as to what will be the fate of those which will be left out in the final list,” Bhattacharjee said.

He said there was a less possibility that adjacent Bangladesh will accept those left out in the final list of NRC.

“I think they can’t be sent back anywhere, but they (left out) might be deprived from their voting rights or some civil rights,” he said. “It would create some ill will among those people and they might not turn loyal to Indian sovereignty,” Bhattacharjee added.

*Sorwar Alam in Ankara contributed to this story