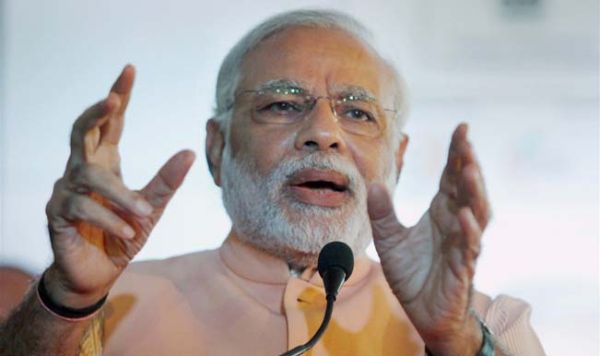 Kolkata, Feb 21 : India’s inner strength lies in its spiritual tradition, which has held together its people — irrespective of communities — in an inseparable bond, Prime Minister Narendra Modi said here on Sunday.

“Our strength lies not only in our rituals, or religious books or preaching. Our strength lies in our spiritual consciousness,” Modi said at the inaugural function of the Sri Gaudiya Math and Mission’s centenary celebration here.

The prime minister said the spiritual ties were irrespective of communities.

“We are not bound by any community. Communities or panths come, develop and go. But we are bound by unbreakable spiritual ties.”

He said people abroad have wondered how India continues to stand strong despite being battered and beaten from time to time.

“But only one who has the inner strength can continue to withstand the ravages of time.

“India’s strength lies in its spirituality. Perhaps in the entire world, you will not come across any other spiritual tradition which is followed by all who have diverse beliefs.

“Those who believe in idol worship, sing paens to India’s spiritual tradition, and even those who are strongly opposed to idol worship are so respectful of the tradition,” he said.

Referring to the Bhakti cult, Modi said saints like Chaitanya Mahaprabhu were among its proponents.

Modi said that while the nation can never forget the determination and sacrifice of the freedom fighters, “we have to remember that the ideological basis for the independence movement was provided by the Bhakti movement”.

“So when the freedom movement became big, the bhakti movement made it ideologically stronger.”—IANS