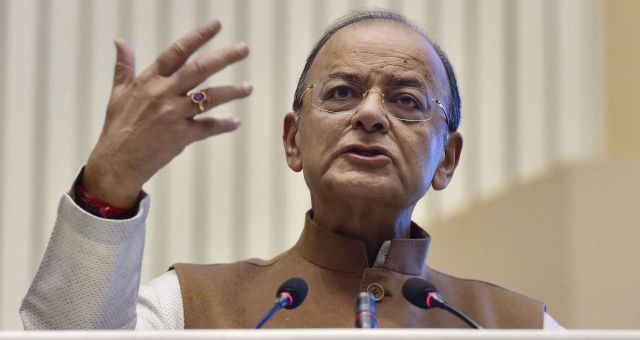 New Delhi : In light of the Rs 11,300 crore Punjab National Bank (PNB) scam allegedly involving diamantaire Nirav Modi, Union Finance Minister Arun Jaitley said on Saturday that the discourse needed to move on from ease of doing business to that of Indian industry’s responsibility to become ethical in the way it does business.

He also said political corruption at the Centre had “reduced significantly” after the ruling NDA government ended the administration’s discretionary powers in awarding contracts and allocation of resources. The sale of electoral bonds from next week, he added, would be a decisive step in cleaning up the system of political funding in the country.

Noting how India had moved into the top 100 countries in the World Bank’s Ease of Doing Business ranking, Jaitley said the measures that helped the country’s ranking had been the government’s responsibility.

“Ease of doing business was government’s responsibility. There is the need to transform from this to industry responsibility in the habit of ethical business,” the Finance Minister said at the ET Global Business Summit here.

“Indian business has to learn to do ethical business. Those who deviate from this will face the consequences not only in terms of business and civil law, but the criminal law too will be transformed to allow extreme action against such delinquents,” he said.

“Rather than always have a close look at what government’s are doing, Indian industry needs to look inwards and to a fair bit of introspecting,” Jaitley said.

In a reference to the massive accumulated non performing assets (NPAs), or bad loans, of state-run banks that have crossed the staggering level of Rs 7 lakh crore, he added that the “unethical concept that money may or may not be returned has to come to an end”.

Without naming the PNB scam, Jaitley said the recent bank frauds had glaringly highlighted the failure of both internal and independent auditors, as well as the inadequate supervision by regulators.

Indian industry, in collusion with chartered accountants, had for years been employing various ways like creating shell companies to “round trip” money, he added.

Jaitley also said that electoral bonds, which are due to start sale from March 2 will transform the total anonymity in the existing political funding system, to one where it becomes “100 per cent transparent” because such bonds can only be bought through the banking system with “clean money” and the funding would be reflected in the books of both donor companies and political parties.

Differences either get settled or Governors make way: Jaitley