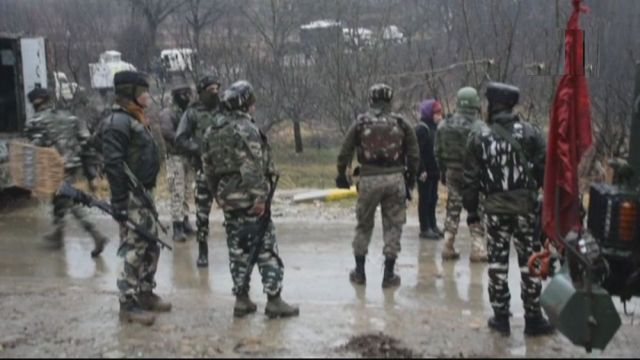 Srinagar : Three militants, including the brother of an IPS officer, were killed and a soldier injured on Tuesday in a gunfight in Jammu and Kashmir’s Shopian district.

Police sources said Shamsul Haq Mengnoo of Draggud village of Shopian was among those killed in Heff Shermal village by security forces.

Shamsul Mengnoo, the younger brother of Inamul Haq Mengnoo, a 2012 batch IPS officer posted in India’s northeast, was pursuing a Bachelor’s degree in Unani medicine in a Srinagar college before joining militancy.

“Three weapons and ammunition have been recovered from the slain militants,” a police officer said. “A soldier injured in the encounter has been shifted to hospital.”

Clashes between security personnel and civilians broke out over the last four hours near the site as protesters tried to scuttle the efforts of the security forces, who fired tear gas and pellet gunshots to disperse the mob.

Earlier reports spoke of five to six militants being present in the area, including some top commanders of the Hizbul Mujahideen.

The Rashtriya Rifles and the Special Operations Group (SOG) of the Jammu and Kashmir Police carried out the operation against the militants.