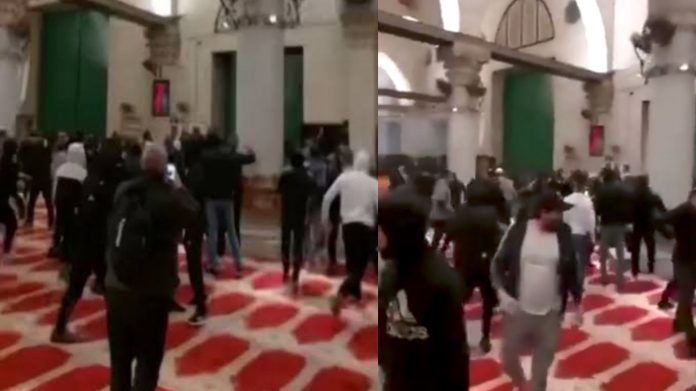 Tehran : The Iranian Foreign Ministry has strongly condemned Israeli forces’ operations at the Al-Aqsa mosque compound during the holy month of Ramadan, which left more than 100 Palestinians wounded.

Iran’s Foreign Minister Hossein Amir Abdollahian said the incident is a sign of “the liveliness and glory of the heroic and brave resistance by Palestinian people and Israelis’ desperation,” the Ministry said on its website on Friday.

Amir Abdollahian made the remarks in a phone conversation with Ismail Haniyeh, the politburo chief of the Islamic Resistance Movement (Hamas), Xinhua news agency reported.

The Iranian top diplomat also highlighted the necessity of putting an end to Israel’s “hostile moves against Palestinians”.

Earlier on Friday, Palestinian health officials said more than 100 Palestinians have been injured so far in the clashes, while the Israeli police reported that three officers were lightly wounded.

Thousands of worshippers gathered since the early hours of Friday at the entrance to the compound, which is a site holy to both Muslims and Jews, the latter of whom call it the Temple Mount.

The tension between Israel and the Palestinians has flared up in the West Bank and East Jerusalem over the past three weeks as the Jewish festival of Passover overlap with the Muslim holy month of Ramadan.

In 2021, clashes in Jerusalem led to an 11-day conflict between Israel and the Gaza Strip.— IANS