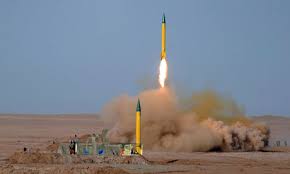 According to Iran’s Press TV, Deputy Defense minister Majid Bokaei, however, provided no details of the flight range, the missile specifications or the time of the test.

Iran test-fired the Naze’at 10 and Fajr 5 during a military exercise in March. The Fajr-5 is a long-range artillery rocket with a maximum range of 75 km, while Naze’at-10 is a medium-range ballistic missile capable of hitting targets within a radius of 100-300 km.

Iranian officials and commanders have repeatedly stressed that all tests and training of the Iranian armed forces are only for deterrent and self-defense purposes.

In July, Defense Minister Ahmad Vahidi announced progress in the development and manufacture of an indigenous version of the advanced Russian S-300 air defence missile system.

An $800 million contract to supply Iran with the Russian missile system was signed in late 2007, under which Russia was to deliver five S-300PMU-1 battalions to Tehran.

However, Sep 22, 2010, Russia’s then president Dmitry Medvedev signed a decree terminating the contract in line with UN Security Council Resolution 1929, which bans the supply to Iran of conventional weapons including missiles and missile systems, tanks, attack helicopters, warplanes and ships.