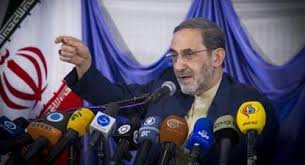 The era of US presence in Iraq and Syria has come to an end, Ali Akbar Velayati was quoted as saying at the ceremony commemorating the assassinated senior Iranian military commander Qassem Soleimani, reported Xinhua news agency.

The US soldiers will be expelled from the region “soon,” he added.

The US rulers thought in vain that they could overcome the resistance in the region by assassinating Soleimani, the Iranian official noted.

Soleimani, former commander of the Quds Force of Islamic Revolution Guards Corps, was killed in a US airstrike near Baghdad International Airport last month.