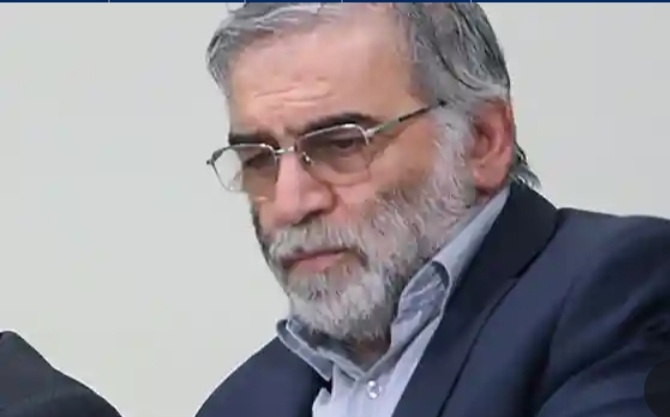 A leading Iranian nuclear scientist has been assassinated by unidentified gunmen on the outskirts of the capital Tehran on Friday, the country’s foreign minister said.

The incident took place in Damavand county at 2:30 p.m. local time (1100GMT) when Mohsen Fakhrizadeh was traveling in his private vehicle accompanied by family members, according to sources.

In a statement, the Iranian Defense Ministry confirmed the assassination, and said: “Armed terrorists attacked the car carrying head of the Research and Innovation Organization of the Ministry of Defense Mohsen Fakhrizadeh on Friday.”

The assailants reportedly blew up a vehicle ahead of Fakhrizadeh’s car before shooting indiscriminately at him, leaving him and others in the car severely wounded.

The top nuclear scientist was immediately rushed to a nearby hospital but he eventually succumbed to his wounds, sources said. His bodyguard is said to be in critical condition.

It is still not clear how many people were killed or injured in the attack that happened at the entrance of mountainous Absard city.

It’s the second high-profile targeted killing of a top Iranian official after IRGC Quds Force chief Gen. Qassem Soleimani’s killing in a US airstrike in January this year.

Fakhrizadeh’s killing came on the eve of the assassination anniversary of another top Iranian nuclear scientist Majid Shahriari, who was killed in 2010.

He had survived a few assassination bids in the past.

Following the killing of many nuclear scientists in recent years, Fakhrizadeh had been under a protective shield of Iranian security agencies. His pictures were also not published in the media despite his high-profile status.

Iran had also refused requests of the UN nuclear watchdog body to interview him in an attempt to keep him away from media arc lights.

Fakhrizadeh has also taught physics at Imam Hossein University in Tehran, which is tied to the revolutionary guards (IRGC).AA