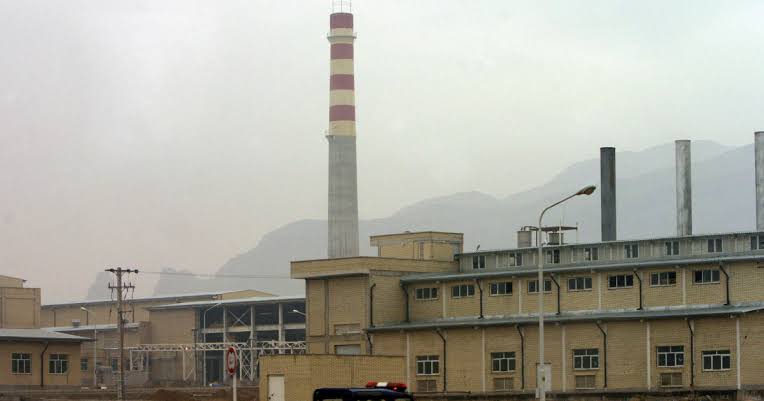 Iran’s top diplomat has written to the UN secretary general over an incident Sunday at the Natanz nuclear facility, terming it “nuclear terrorism” that he says “won’t go unpunished.”

In a letter to Antonio Guterres on Monday, Foreign Minister Javad Zarif said the blackout at the facility was “dangerous, reckless sabotage” and held archfoe Israel responsible for it.

He said the “timely and professional containment measures” by the staff at the facility in central Isfahan province helped avert “what could have been a human and environmental catastrophe.”

“The deliberate targeting of a highly sensitive safeguarded nuclear facility — with the high risk of a potential release of radioactive material — constitutes reckless criminal nuclear terrorism,” Zarif wrote in the letter, which he shared on his Twitter page.

He went on to say that those who “planned, ordered, participated in and carried out” the action committed a “grave war crime” that must “not go unpunished.”

The incident has drawn sharp reactions from many Iranian officials, who see Israel’s hand behind it, speculation that has been fueled by reports in the Israeli media.

Holding Israel responsible, Zarif said several Israeli officials have since 2020 “threatened to carry out such an operation to prevent the restoration of the JCPOA,” referring to ongoing efforts between Tehran and Western powers to salvage the 2015 accord, known as the Joint Comprehensive Plan of Action.

“The Islamic Republic of Iran reserves its right under international law to take all necessary measures to protect and defend its citizens, interests and installations against any terrorist or disruptive acts,” he wrote further.

Earlier, Iran’s Foreign Ministry said the incident was “a bold act of nuclear terrorism on Iranian soil,” pointing a finger at Israel.

Ministry spokesman Saeed Khatibzadeh said the centrifuges damaged during the blackout were of the IR1 type, which are being replaced with more advanced ones.

Iran’s envoy to the UN nuclear agency Kazem Gharibabadi on Monday confirmed that the process of replacing damaged IR1 centrifuges with those more capable of enriching uranium has begun.

He said other important technical measures in response to Sunday’s incident have been planned and the UN nuclear watchdog will be notified about them in a week.

Pertinently, the act of sabotage came a day after Iran began feeding gas to cascades of new IR6 centrifuges at the nuclear facility to mark its National Nuclear Technology Day.