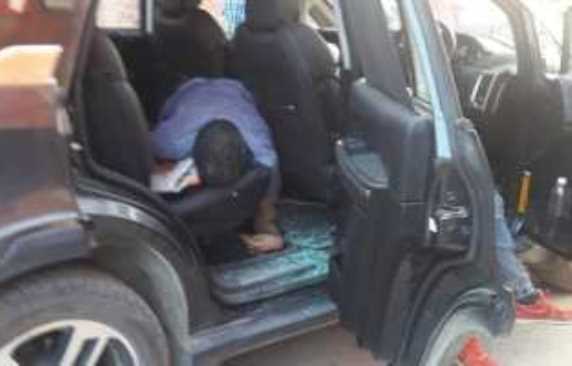 Srinagar : Stoking yet another controversy, former BJP cabinet minister Lal Singh told journalists in Kashmir to draw red lines for themselves, asking whether they want to meet the fate of journalist and Rising Kashmir Editor Shujaat Bukhari.

“I would like to ask journalists of Kashmir to draw a line for journalism and think about how to work. Are they waiting for a similar incident that happened with Basharat (Shujaat),” said Lal Singh while addressing media persons.

Singh’s comments rolled a lot of eyeballs in Kashmir Valley with political commentators and general populace questioning the intent and message behind the statement.”Hasn’t Lal Singh by threatening journalists spilled the beans and indicated involvement of Indian agencies in killing of Shujaat?” said a senior journalist wishing not to be named.

The comments of BJP legislator from Basohli town provoked a response from the Tamheed Shujaat, son of the slain journalist Shujaat Bukhari who called against giving dictations to journalists

Tamheed wrote on his twitter account “Kashmiri journalists have the right to freedom under the article 19 which provides the freedom of speech and expression to citizens as one of its six freedoms. So nobody needs to or nor has the right to draw line for their field of work.”

Former chief minister Omar Abdullah also came heavily against the remarks of Lal Singh. He wrote on his Twitter account, “Dear journalists, your colleagues in Kashmir just got threatened by a @BJP4India MLA. It seems Shujaat’s death is now a tool for goons to use to threaten other journalists.”

If a former cabinet minister who was forced to leave the government is spilling  the beans about the killing of Shujaat Bukhari , his words have some meaning, after all he was the part of the government.