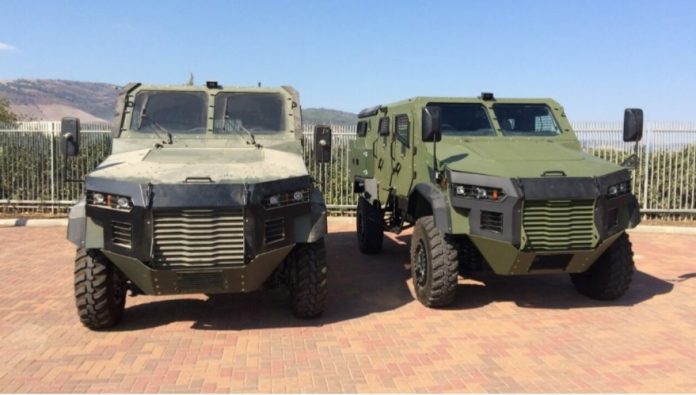 Only the naives would believe that Israel had no pro-Ukraine role in the war with Russia, much before it came to light that Iran’s was involved into supplying kamikaze drones to Russia, to only now to unveil Israeli military vehicles open-presence inside Ukraine!

It just did not come as any surprise that the world media threw light on Israeli military vehicles in Ukraine against Russia. It is only that now the world officially knows it, despite earlier denials from the PM Yair Lapid government in Israel. A far right newspaper from Israel Jerusalem Post 1 reported on November 12, ‘Israeli-made Gaia Amir MRAP armored vehicles were claimed to have been spotted near Kherson, which is claimed to have been liberated by Ukraine as Russians forces have supposedly retreated from it, after it was annexed in September last, in service of the Ukrainian army, according to unconfirmed reports and photos published on social media. No official Israeli or Ukrainian confirmation has been made regarding the vehicles and Israel has previously stated that it will not supply military aid to Ukraine. It proved to be untrue!

What is more interesting is that the armored vehicles from Israel were displayed on the occasion of Ukraine regaining control over Kherson, which is a ‘thanks-giving’ gesture of Ukrainian President Volodymyr Zelensky who is also a Jew. No wonder, Yair Lapid was ideologically obliged for it, as he had already expressed ‘concerns’ over the large presence of Jews in Russia. What is more ironic is that Israel cared-a-fig for Russia’ stern warning, which had come on October 17, as per Haaretz 2 which informed that ‘Israel arming Ukraine would ‘destroy’ relations with Russia, Ex-president (of Russia) Medvedev warn (ed). ‘It would be a very reckless step,’ Medvedev wrote in a Telegram post as an anonymous senior Ukrainian official (had) said that Israel was providing Ukraine with intelligence on Iranian drones being deployed by Russia.

Anyone who feigned naïve would believe that Israel was not a part of Ukraine side, or otherwise Israel’s soldiers fighting Russia has started much earlier, which was even duly acknowledged in Israeli media too, as Times of Israel 3 on April 25, had reported Israeli soldiers fighting against Russia while their videos were widely circulated on social media, despite Israeli Defense Minister Benny Gantz declaration that Israel would confine only to the supply of helmets and flak jackets, and no defensive equipment to Ukraine, but now Israeli armored vehicles have landed openly in Ukraine.

Why Israeli has landed into this quagmire has also to be understood in context to Israeli internal political, as Israel claims to possess the official voice of Jews in the world, and its Diaspora Minister Nachman Shai, had long been campaigning to send military equipment to Ukraine. Shai had twitted that “Iran is supplying ballistic missile to Russia. The doubts about where Israel should stand in this bloody conflict are over. There is no room to be self-righteous anymore. The time has come that we provide Ukraine with military aid as the U.S. and NATO do.” This is what had triggered Medvedev to warn Israel to desist from assisting Ukraine.

There is no room left for any doubt that Israel is now in open support of Ukraine but the question which arises is has Israeli crossed the red-line for Russia? Its reconnaissance, rapid intervention and carrier, the Amir mine resistant ambush-protected vehicles in Kherson, Ukraine have certainly placed Israel-Russia relations into a precarious situation, and as the rule goes, there hasn’t been any official confirmation from the Israel side. But, the world is ‘now in to see’ as the arguments from Israel that it won’t militarily assist Ukraine have started to wear-thin.

Perhaps, the prime reason for Israel to have gone ahead openly now, apart from being one of the most formidable ally of US, which is supportive of Ukraine, is the Israel sense of belonging for the Jews stranded in Ukraine. Israel had been quite worrisome over the plight of the Jews, although the war has nothing to do with Jews, yet, Israel patronage to see to the welfare of Jews is a number one priority. What will be the quid pro quo from Russia now, particularly when Russia wields a considerable influence in neighborhood Syria, against Israel is now to be seen, as it has been Russia with Iran’s help that has sustained Bashar Al Asad regime in Syria from the last couple of years.

Iran is in continuation of its friendship with Russia despite US and EU to have slapped new sanctions on it, in the wake of Iran’s supplies to Russia. Undeterred by it, Iran continues to supply helmets and flak jackets to Russia, informs Iran social media on November 16. Moreover, despite the sanctions Iran has bounced back to announce that it has a built hypersonic ballistic missile, according to The Hindu 4 on November 10. As per Eurasian Times 5 Iran has announced that it can reach Israel in 400 seconds and that no technology will be able to match to it for the next couple of decades.

The front page of Sobh-e-Sadegh publication on November 14, 2022. Courtesy: Eurasian Times
Israel and Iran have sparred in Ukraine-Russia war and Israel in the latest move has tried to settle scores with Iran-Russia more openly, apart from being able to placate European Union, NATO and US, which have slapped a black list status to Iran under Financial Action Task Force (FATF) also to North Korea, and ironically both these nations are flexing-their-muscles to US. US has of late stitched together Middle East Air Defence (MEAD) to meet to Iranian threats along with Arab partners, which Iran has termed as ‘desperation’ but in a testimony to Israeli parliament Benny Gantz did not reveal which other partners are a part of MEAD, and it may be anyone guess that on US goading GCC countries lime Bahrain, Kuwait, Oman, Qatar, Kingdom of Saudi Arabia and United Arab Emirates may soon join it.

Another front worth mentioning is West Asia QUAD which has India-Israel-UAE and US and is primarily aimed at Iran. What will be the next war theatre is still to unfold.

***
The writer is a former UP State Information Commissioner and writes on international politics.
References: