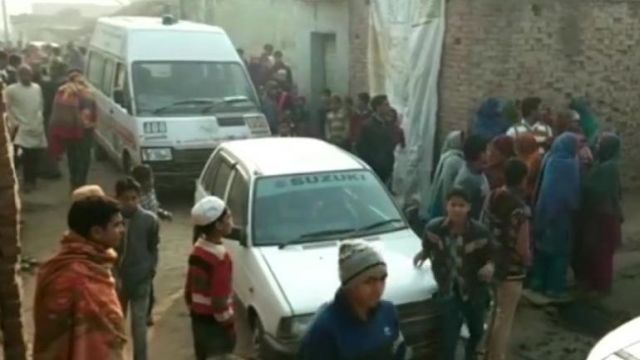 Amroha (Uttar Pradesh) : The National Investigation Agency (NIA) on Tuesday conducted “follow up” searches here in connection with the busting of a new Islamic State (IS) module — Harkat-ul-Harb-e-Islam — last month, an official said.

Ten people, including the group leader, who were allegedly planning to attack some political personalities, security establishments as well as crowded places in Delhi and National Capital Region were arrested by the NIA on December 26.

“Follow up searches are being carried out today at five locations in Amroha,” an NIA spokesperson said.

Earlier in December, the NIA had carried out searches at 17 places — six in East Delhi’s Jafarabad area, six in Amroha, two each in Lucknow and Hapur and one place in Meerut, leading it to seize a country-made rocket launcher, 12 pistols, 112 alarm clocks, 100 mobile phones, 135 SIM cards, several laptops and various electronic gadgets, besides 150 rounds of ammunition.

All the arrested members of “Harkat-ul-Harb-e-Islam” are in NIA custody.

The agency had registered a case on December 20 under several sections of the Indian Penal Code (IPC), the Explosive Substances Act and the Unlawful Activities (Prevention) Act.

After UP, BJP sees in bulldozers a ticket to election victories