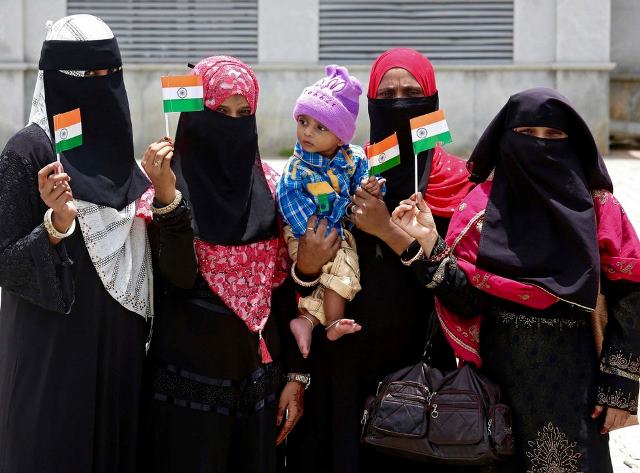 BJP MLA from Alwar, Rajasthan says that Muslim community is systematically populating the country to take over India. However, the 2011 census tells a story contrary to the claim.

It’s just a few days that the communal wildfire in Rajasthan had not even waned after the killing of a Muslim man in Rajsamand that now a state BJP MLA came up with a controversial polarising statement, spewing the blaze even more. Banwari Lal Singhal, a BJP MLA from Alwar in his Facebook post had accused that Muslims give birth to more children to increase population and take “control of the country”.

On Monday, Singhal reiterated his statement inviting more controversy. He alleged that a Muslim man won’t hesitate to remarry to give birth to more children. “For this, some men from the community even buy girls from Bihar and West Bengal, there are such cases in Alwar itself,” he said.

In his Facebook post, Banwari Lal Singhal has shared an image of a newspaper article that cites a Jain saint Tarun Sagar as saying, “The law for two or more children should be equally imposed on Hindus and Muslims”. In his earlier post, Singhal had also claimed that the community is deliberately increasing its population in a “Planned manner”. He said, “If it is not stopped now, there will be a time when a Muslim will be Prime Minister, President and Chief Ministers in many states.”

Talking to media here, Singhal stated that he was inspired to write a post after watching a television debate. He said, “The saint (Narasimha Nand Saraswati) gave several figures to prove that wherever Muslim population goes beyond 30 percent, Muslims have taken over that country.” “There are such examples in our history too”, Singhal claimed. 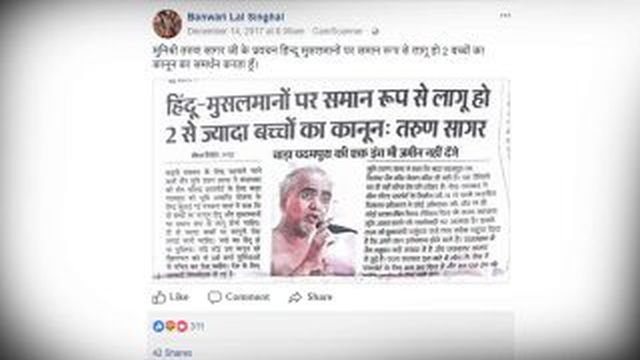 While talking about the government policy, he said, “While Hindus are focused on making their children IAS or IPS; Muslims are focused on giving birth to more children to populate the country. Development doesn’t matter to them.”

Singhal’s comments came in the wake of the by-election for some Lok Sabha constituencies of Alwar and Ajmer.

What do statistics say:

It is not for the first time that such claims are made. Earlier too, many Hindu organizations including RSS had claimed that Muslims produce more children in order to populate the country. RSS chief Mohan Bhagwat even went on to advice Hindu couples to produce more children.

However, the statistics tell a different story.

Surprisingly, for the first time in last six decades, the Muslim community marked sharp fall in its population growth. This growth rate is expected to fall more in the 2021 census.

What do experts feel:

The executive director of the US-India Policy Institute in Washington DC, and former member secretary of the Sachar Committee, Abusaleh Shariff in his article in a leading daily said, “The Muslim population has increased from 13.4 percent of the population to 14.2 percent, which is 0.8 percentage points higher. But the rate of growth is considerably lower than in previous decades.”

Shariff also noted that there has been a rise in the use of contraceptive among Muslims since the mid-1980s.

However, the highlight of the claim is an underlying insecurity of being outnumbered. Such claims have time and again appeared in the society and serve a purpose none other than invoking a fear. Beyond that, it only creates a ground for covert issues during election campaigning.