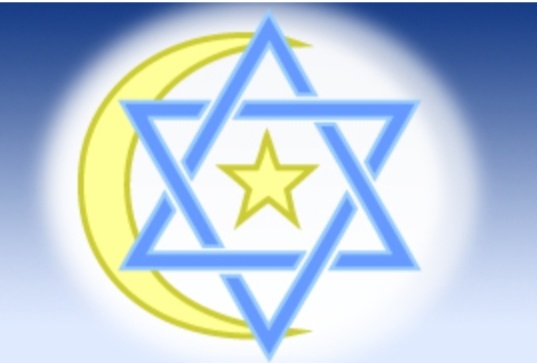 Dr. Arshad Chaudhry, the eminent publisher of Al-Tanzil, asked me to write about the connections between Islam and Judaism because he knows that I have had an appreciation for Islam since the age of ten, when I learned about the Golden Age of Judaism in Muslim Spain in Hebrew school. A decade later I studied Islam when I was a student at UCLA 60 years ago, and then again while I was in Rabbinical school studying to become a Reform Rabbi. He asked me to answer 9 questions. I answered the first 3 in part 1 and I now offer the next 3 here.

4. ALLAH Granted Moses The Book
[Quran – 2:53] “And remember when We granted Moses (while he was on Mount Sinai for forty nights) the Book and the Criterion to distinguish between truth and falsehood, and the knowledge, and power of judgment to put it into effect, that you might be guided to truth and abide by it.”

The Book is the Torah (Taurat), and the Furqan/Criterion are the Jewish equivalents of the Ahadith and the Sunna of Prophet Muhammad; Oral Torah teachings such as rabbinic explanations and traditions. “Moses wrote down this Torah (Taurat) and gave it to the sons of Levi priests, who carried the ark of the covenant of the Lord [Sakeena-Baqarah 248] and to all the elders of Israel.Then Moses commanded them: “At the end of every seven years, in the year for canceling debts, during the pilgrimage Festival/Haj of Sukkot, when all Israel comes to appear before the Lord your God at the place he will choose [Jerusalem], you shall read this Torah (Taurat) before them in their hearing. Assemble the people—men, women and children, and foreigners residing in your towns—so they can listen and learn to fear the Lord your God, and follow carefully all the words of this Torah (Taurat).” [Deuteronomy 31:9-12]

5. Prophet Moses’s Book was Torah (Taurat)
[Quran – 5:44] “Truly, We caused the Torah to descend wherein is guidance and light. The Prophets give judgment with it, those who submitted to God, for those who became Jews and the rabbis and learned Jewish scholars who committed to memory the Book of God and they had been witnesses to it. So dread not humanity, but dread Me. And exchange not My signs for a little price. And whoever gives not judgment by what God caused to descend, those, they are the ones who are ungrateful.”

A good example of a prophet using the Torah to warn those Jews who were not following the Torah’s commandments is Prophet Zechariah: The word of the LORD came again to Zechariah: “This is what the LORD Almighty says: ‘Administer true justice; show mercy and compassion to one another. Do not oppress the widow or the fatherless; the alien or the poor. In your hearts do not think evil of each other. But they refused to pay attention; stubbornly they turned their backs and stopped up their ears. They made their hearts as hard as flint, and would not listen to this Torah, or to the words the LORD Almighty sent by his Spirit through the earlier prophets. So a great wrath came from the LORD Almighty [7:8-12].

And Prophet David chants in his Book [the Zabur, Psalms 119:72] “Better is Torah from Your mouth, than thousands of gold and silver.” and also [Psalms 37:30-31] ”The mouth of the righteous speaks wisdom: the Torah his God is in his heart”

6. ALLAH Gifted David with Psalms (Zabur)
[Quran – 17:55] “And it is your Lord that knows best all beings that are in the heavens and on earth: We did bestow on some prophets more (and other) gifts than on others: and We gave to David (the gift of) the Psalms.”

The songs and poems of Prophet David recorded in the Book Zabur/Psalma were used in the Temple in Jerusalem for almost 1,000 years, and are still used in almost every Jewish service in all synagogues throughout the world. My favorite Psalms are: “The earth is the Lord’s and everything in it, the world, and all who live in it; for He founded it on the seas and established it on the waters. Who may ascend the mountain of the Lord? Who may stand in His holy place? The one who has clean hands and a pure heart, who does not trust in an idol or swear by a false god. They will receive a blessing from the Lord and vindication from God their rescuer. [Psalm 24:1-5]

Psalm 23 is the best known psalm in the Zabur [David’s Book of Psalms] both among Christians and Jews. But for Muslims, who rarely read the Zabur, psalm 37 which is referred to in the Qur’an (21:105) may be the best psalm.

The Qur’an states: “We have written in the Zabur after the reminder [of Musa] that ‘My righteous servants shall inherit the earth.’” (21:105) This verse is a close parallel to five verses in Psalm 37, ascribed specifically to David, which states that eventually goodness always overcomes evil; and God’s “righteous servants shall inherit the earth.”

The term zabur is the Arabic equivalent of the Hebrew zimrah (Hebrew meaning: “song, music.”) It, along with zamir (Hebrew: “song”), and mizmor (Hebrew meaning: “psalm”) are derivatives of the Hebrew verb meaning: “sing, make music.”) The 150 psalms of the Zabur were sung during daily or holy days prayers in the Jerusalem Temple, and are still sung or chanted in Jewish synagogues throughout the world today. Most of these psalms are short as can be seen from the following Hadith.

Narrated Abu Huraira: The Prophet said, “The reciting of the Zabur (Psalms) was made easy for David. He used to order that his riding animals be saddled, and would finish reciting [one song from] the Zabur before they were [all] saddled.” (al-Bukhari, 4:55:628 and Book 65, Hadith 4713)

Since Qur’an 4:163 states “and to David We gave the Psalms” Islam claims the Psalms are God’s direct words and not just the inspired words of Prophet David. Indeed, there was a Jewish sect [the Karaires] that believed the Zabur—The Book of Psalms, should be used for all Jewish prayers in the synagogue; and that the rabbis were wrong in using their human ordained prayers and blessings for synagogue blessings.

However, the overwhelming majority of synagogues use prayerbooks that use both Biblical texts from Torah. Prophets and Zabur, as well as rabbinic texts written over the last 2,000 years.

The most controversial psalm in David’s Zabur is Psalm 2, which is quoted 7 times in the New Testament, and each quote the Christians claim concerns the Lord Jesus, the son of God. This is of course denied by Jews.

The verses that are supposed to refer to Jesus as the Son of God are 6, 7, and 12

Psalm 2: 1 Why do the nations conspire and the peoples plot in vain? 2 The kings of the earth rise up and the rulers band together against the LORD and against his anointed [Messiah], saying, 3 “Let us break their chains and throw off their shackles.” 4 The One enthroned in heaven [God] laughs; the Lord scoffs at them. 5 He [God] rebukes them [the nations] in his anger and terrifies them in his wrath, saying, 6 “I have installed my king [David’s dynasty not Prophet Jesus who was never a ruler in his lifetime] on Zion, my holy mountain.”

Jesus himself said: “I am indeed a servant of Allah: He hath given me revelation and made me a prophet.” (19:30)

7 I will proclaim the LORD’s decree.” “He [God] said to me [David], “You are my son [not literal but metaphorically like the Jewish People who God calls: “My first born son” [in Exodus 4:22-23]; today [a moment in time, so the son image is not of an eternal being] I have become your father.” The Qur’an states: “It is not consonant with the majesty of [Allah] Most Gracious that He should beget a son”. (19:92)

8 Ask me, and I will make the nations your inheritance, the ends of the earth your possession. 9 You will break them with a rod of iron; you will dash them to pieces like pottery. 10 Therefore, you kings, be wise; be warned, you rulers of the earth. 11 Serve the LORD with fear and celebrate his rule with trembling.

12 Kiss son [the word bar in Aramaic means son, but every other word in this psalm is Hebrew, and in Hebrew bar means purity so the phrase really means kiss/embrace purity] or He will be angry, and your [impure] way will lead to your destruction, for His wrath can flare up in a moment. Blessed are all who take refuge in Him.” (Psalm 2: 1-12)

Thus the Qur’an states: Allah will say: “O Jesus the son of Mary! Did you say unto men, worship me and my mother as gods in derogation of Allah’?” He [Jesus] will say: “Glory to You; never could I say what I had no right (to say). Had I said such a thing, you would indeed have known it. You know what is in my heart . . .” (5:116)