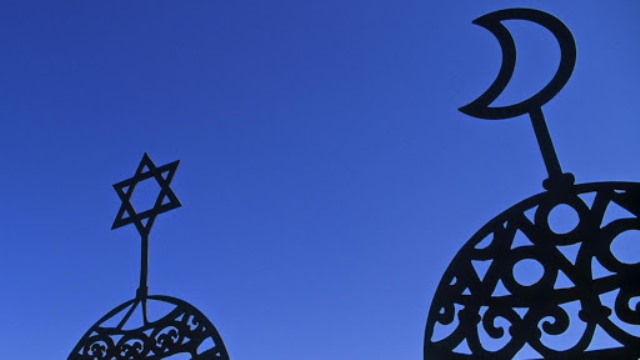 Dr. Arshad Chaudhry, the eminent publisher of Al-Tanzil, asked me if I could tell him if there are references in the Torah, which inform the followers of the Torah, that earlier generations had similar Guidance; and that the religion of their forefathers was exactly the same as the followers of Torah.

Dr. Chaudhry asked me, because he knows that I am a Rabbi who has had an appreciation for Islam since the age of ten, when I learned in my synagogue’s Hebrew school about the Golden Age of Medieval Judaism in Muslim Spain.

A decade later I studied Islam when I was a student at UCLA 60 years ago, and then I studied Islam again while I was in Rabbinical school studying to become a Reform Rabbi.

Over the years as I continued to read the Qur’an, Ahadith and other Islamic books, I came to think of myself as both a Reform Rabbi and an Islamic Jew. I am an Islamic Jew because I am faithful to my commitment to submit to the One God who liberated the Jewish People from oppression in the land of Egypt, and made a covenant with the People of Israel through Prophet Musa. I am a Reform Jew because I feel strongly that I belong to the People of Israel, and I am loyal to the teachings of the Torah, the Jewish community and its traditions liberally interpreted.

When I read Islamic books, I do so as the Prophet taught his followers to do in a Hadith “not as a believer, and not as a disbeliever”. What does that mean?

The Qur’an, of course, is sacred scripture for Muslims. A disciple of Muhammad named Abu Huraira relates, “The people of the Book used to read the Torah in Hebrew and then explain it in Arabic to the Muslims. Allah’s Apostle said (to the Muslims). ‘Do not believe the people of the Book, nor disbelieve them, but say, We believe in Allah, and whatever is revealed to us, and whatever is revealed to you.’ “

Following Muhammad’s teaching, I too neither believe nor disbelieve in the Qur’an. If I believed in the Qur’an I would be a member of the Muslim Ummah (community).

And I cannot disbelieve in the Qur’an because I believe that Muhammad is a prophet; and I respect the Qur’an as a kindred revelation, first given to a kindred people, in a kindred language. In fact, the Arab people, the Arab language and Muslim theology are closer to my own people, language and theology than that of any other religious community on earth.

So I offer to all readers who believe in the One God; the first three following answers to Dr. Chaudhry nine questions.  He writes: In The Quran, Allah, the Exalted, Has Informed Mankind Thus:

[Quran – 2:213] “ALL MANKIND were once one single community; [then they began to differ -] whereupon God raised up the prophets as heralds of glad tidings and as warners, and through them bestowed revelation from on high, setting forth the truth”

Judaism teaches that all present day humans are descendent from Adam [the Hebrew word for All Mankind/Homo Sapiens] and Eve [the Hebrew word for life-giver i.e. motherhood]. As their names indicate these two figures are archetypes for all humans who are created in the image of God and whose creation is blessed by God, and thus we, like Muslims, deny the doctrine of original sin. [Genesis 1:26-28, Al-Hedger 26&28]

Both the Qur’an and the Torah are in fundamental agreement on the uniquely exalted status of our species, Homo Sapiens. Each sacred scripture gives us some unique additional details suitable for our own religious community. Thus, the Qur’an reveals details about the creation and nature of Jinn [Al- Hijr 27 and in more than two dozen other Ayahs] and the Torah reveals details about the human need to marry and bond into a loving relationship. [Genesis 2:18-24]

Judaism also teaches that God does occasionally inspire either a human male or female, [like Prophet Miriam, the sister of Prophet Moses and Prophet Aaron, Exodus 15:20 or Prophet Hulda 2 Kings 20:14-22] who is  either a Jew or a non-Jew. [like Balaam Al-A’raf 175-76 & Numbers 22: 7–14] Since the Qur’an is a much more recently revealed scripture; it gives many explicit examples of God’s inspired prophets.

CONTINUATION OF THE REVELATION [Divine Guidance]

[Quran – 35:32] “Then (after every Messenger), We have made those of Our servants whom We chose heirs to the Book (to preserve and teach it, and secure its practice in daily life)”

Judaism also teaches that God still inspires those who study their revealed scriptures to find new insights and understandings to guide each new generation. This is the role of the rabbis in Judaism and the ulema in Islam.

One of the wonderful aspects of the Qur’an is that it is the only book of revelation that includes within itself a theory of prophethood which includes other religions.

Of course, there have always been (since the days of Adam) people inspired by Allah who urged their community to avoid destruction by turning away from their corrupt and unjust ways, and  turning to the One God who created all humans. But prior to Abraham none of the communities they established lasted more than a few generations..

The Qur’an mentions 25 prophets by name (most of them known also to non-Muslims) and Muslims believe there were one hundred twenty four thousand others, whose names are now unknown. Of the 25 mentioned by name in the Qur’an, only four (Moses, David, Jesus, and Muhammad) revealed books of sacred scripture that are the bases for three major religions that still flourish today.

It is narrated from Abu Dharr that one day he asked the Messenger of Allah: How many prophets are there in all? He replied: One hundred and twenty four thousand. He then asked: How many of them were messenger prophets? He replied: Three hundred thirteen from the above group.

He asked: Who was the first of them? He replied: Adam…The first prophet among Banu Israel was Musa and the last of them was Isa and they were in all six hundred prophets.” (Biharul Anwar, Vol. 11, Pg. 32.)

Perhaps the fact that the Jewish People preserved a very long recorded history of their religious development enables us to know of more of their prophets than any other people.

Many people would say that people like Joseph Smith, prophet of the Mormons, and Bahá’u’lláh, prophet of the Bahais, are modern prophets; but they have not been recognized as such by the leaders of the Jewish, Christian or Muslim community.

Judaism however, totally rejects the idea that Jesus was a Divine Messiah, the son of God, and a part of a Divine trinity. This is also the view of Islam.

ALLAH Informed mankind about some of the recipients of His Books:

Judaism agrees with this ayah, although we [like Muslims] do not accept the “son of God”  trinitarian Christian view expressed throughout the New Testament. Jesus refers to himself dozens of times as the “son of man” a messianic figure term. Paul, the creator of Christianity, who never met Jesus, never uses this term.

Most of the non-Jews who convert to Judaism [about 5,000 a year] do so because, while they believe in God, they cannot believe that God has a son.

Jews also do not believe the New Testament claim that the Jewish People were responsible for the crucifixion of Jesus. Jews think the Roman government crucified Jesus, as the Roman rulers crucified Paul and Peter in Rome a generation later.

But the Qur’an informs us that neither the Jews, nor the Romans, crucified Jesus. Jesus escaped from the Romans. As the Qur’an [An-Nisa 157-8] says: “And [for] their saying, “Indeed, we killed the Messiah, Jesus, the son of Mary, the messenger of God.”: they did not kill him, nor did they crucify him; but [another] who resembled him to them. Indeed, those who differ over this are in doubt about it. They have no knowledge of it except the following of assumption. They did not kill him, for certain. Rather, Allah raised him to Himself. God is forever Exalted in Might and Wise.”

If more Jews knew these verses in the Qur’an they would understand why arguing with Christians over who killed Jesus is a waste of time.

If Jesus were to come back today, most Jews think Jesus would not join a Trinitarian church. Rather he would join a Reform or Conservative synagogue, and occasionally worship in a Hassidic congregation or in a Mosque.

Allen S. Maller is an ordained Reform Rabbi who retired in 2006 after 39 years as the Rabbi of Temple Akiba in Culver City, California. His web site is: www.rabbimaller.com. He blogs on the Times of Israel. Rabbi Maller has published 400+ articles in some two dozen different Christian, Jewish, and Muslim magazines and web sites. He is the author of two recent books: “Judaism and Islam as Synergistic Monotheisms’ and “Which Religion Is Right For You? A 21st Century Kuzari”.