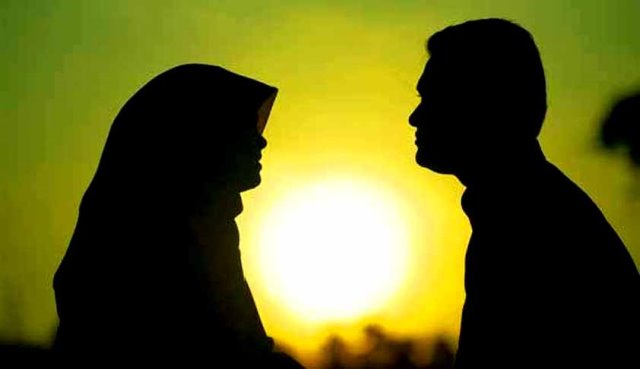 There is a lot of ignorance and confusion regarding the issue of  Talaq (divorce) in our society, both within and outside Muslim community . Many people have misunderstood the meaning of  Triple Talaq  and  are practicing it to their liking.

The word TALAQ has been derived from the Arabic word and it means “freeing or undoing the knot.” In Islamic terminology it refers to a divorce. The Quranic message is very explicit about divorce. It leans more towards safeguarding marriage rather than dissolving it abruptly.

Once the Prophet Muhammad (SAW) said : “Of all the lawful things divorce is the most hated in the sight of Allah”.

Divorce is permitted as the last option when the couple is unable to continue their marital  life smoothly. In Islamic theology,marriage is a great blessing . It is considered as completing half of the deen (faith). As Allah’s Messenger (SAW) said, “When a man marries he has fulfilled half of the Deen, so let him fear Allah regarding the remaining half.” (Al-Tirmidhi)

In Islamic text, there is emphasis that marriage life should be filled with mercy, love, compassion, understanding and tranquility. The husband and wife have certain rights and responsibilities towards each other. But when they are unable to fulfill these rights and responsibilities, then the couple is advised to reconcile and rebuild their relationship. But divorce is allowed only as the last option but it is discouraged. The divine book of Islam The Glorious Quran is filled with numerous examples for reconciliation between husband and wife.

The Quran draws attention to the need for arbitration before husband & wife decide to part ways. Allah commands in the Glorious Qur’an “And if you fear a breach between the two, appoint an arbiter from his people  and an arbiter from her people. If they both desire agreement, Allah will effect harmony between them. (Al Quran 4:35)

Now here comes the question, in the event of  triple talaq being pronounced in one go, where does the chance of arbitration stand, as stated in the Quran?

First of all we need to know what is triple talaq and what does Quran say about it, Is it allowed or not?

Triple talaq in one go is an innovation “Biddah” which has no place in Islam. Islam recognises only TALAQ-UL-SUNNAH that is revocable and is considered as correct form which includes two types i.e (I) talaq-ul-hasan and (II) Talaq-ul-ahsan . And between these two types, TALAQ-UL-AHSAN is the most appropriate form of Talaq.

And there is not a single verse that validates the notion of “TRIPLE TALAQ” in one sitting. The Quran sets certain norms to execute divorce just as there are norms to sanctify marriage. Allah says in the Glorious Qur’an “Those who intend to divorce their wives shall wait four months; if they change their minds & reconcile, then God is forgiver, merciful. If they go through with the divorce, then God is hearer, knower.

It continues to say “And the divorced women must wait for three menstrual courses & their husbands are fully entitled to take them back (as their wives) during this waiting period if they desire for reconciliation.

It is clear from these verses that Quran encourages reconciliation between the parties before they decide to part their ways in every situation but if the situation is out of control and there is no way to get back to each other then the last option left with the parties is to go for divorce.

The Quran further says :- Divorce may be pronounced twice, then the wife may either be kept back in fairness or be allowed to separate in fairness. Then if the husband divorces his wife (for the third time) she shall not remain lawful for him after this divorce, unless she marries another husband.

There is a complete chapter devoted to “DIVORCE” in the Quran entitled (Surah At-Talaq) which explains “O Prophet, when you divorce women, divorce them for their prescribed waiting-periods, and count the waiting-period accurately and fear Allah your Lord. And do not turn them out of their houses during the waiting period nor should they themselves leave them, except in case they commit an open indecency. You do not know: Allah may after this bring about a situation of reconciliation. Then when they have reached the end of their waiting periods either retain them in wedlock in a fair manner or part with them in a fair manner and call to witness two just witnesses from among yourselves and O witnesses bear witness equitably for the sake of Allah.(Surah Talaq 65:1-2)

According to a Report :- Abdullah bin Abbas, A companion of the Prophet Muhammad (SAW) said that triple talaq in one sitting was considered as only one talaq during the Prophet’s time, the period of the first caliph Abu Bakr & during the early years of the second caliph Umar bin Khattab.

Regrettably, some Indian Muslims, if not all, follow the system of triple talaq in one sitting based on the practice from the time of Umar bin Khattab (R.A) the second caliph due to the circumstances which arouse during that period.

Umar bin Khattab (R.A) thought it appropriate to enforce triple talaq in one sitting as men had made Talaq a joke by taking back their wives even after uttering the word ‘talaq’ several times. As a result of men’s recklessness, wives suffered often getting stuck in a vicious circle, unable to gain their freedom.

However the intention by the second Caliph was aimed to ensure the welfare of the society in that particular socio-historical context. But unfortunately this un-Islamic practice of triple talaq in one go has been followed by many people across India. They must know that there is nothing divine about triple talaq in one sitting. In fact the Quran does not permit it at all.

Many Muslim majority countries have reformed their laws & consider three talaqs in one sitting to be just “ONE”.

Indian Muslims must strive to bring reforms without pretending to be victims.  Abolishing this unislamic triple talaq in one sitting will lead to enforcement of Quranic injunctions with regard to divorce as enshrined in the Holy book of Islam.