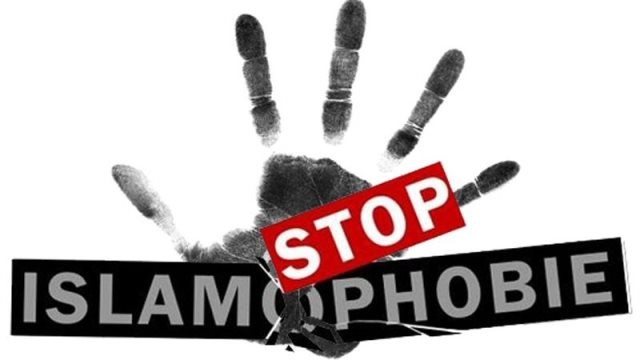 In Islam, the precious and respectful person is one who is most pious it may be male or female. If a female does good deeds according to the mentioned teachings of Noble Quran and the authentic Sunnah of Prophet (peace be upon him), she is most respectful; same is the case for men. Due to its immense focus on the egalitarian society, it spread very fast across the globe, and in the current times, it is one of the fastest-growing religions on the planet.

The famous event of Shobia Abi Talib in which the followers of the Prophet (peace be upon him) was jailed for about three years with all types of the boycott. It is mentioned in books that these detained people eat the raw leaves in those years.

Whenever a foreigner came to Mecca, these pagans told them not to attend nor listen to Prophet of islam (peace be upon him). In this regard the famous incident of Al Tufail Ibn Amar RA he was the chief of his tribe with intellectual acumen when he entered Mecca for worship to the ideals, the Pagans informed him that not to hear or meet the Muhammad (peace be upon him) these pagans further told he is a migicn, for this Tufil put the cotton balls in his both ears. However, when he entered the compound of Kabba, he saw the Man reciting the Quran when he sees this he removes the cotton balls and listen the Prophet Muhammad peace be upon him, and lastly, he accepted Islam.

In contemporary, some people are misinformed or who dislike the teachings of Islam has made organisations to spread the negativity about Islam and its adherents.

According to the oxford dictionary, Islamophobia is one of the types of fear of hate or prejudice against the Islamic religion. Various schools are of this belief that Islamophobia is the form of Xenophobia or racism. Same perspectives are described by social work, and Minorities describe Islamophobia as a new form of racism in Europe ( Williams Soydan and Johnson).

In the Western world, various experts are in the view that the notion of Islamophobia increased because of the attack on America trade centre 9/11.

If we gaze at the origin of this term means when the term Islamophobia was used first, there are many views, however, according to the famous oxford dictionary the first use of this term in 1923 in a research article published in the Journal of Theological Studies. Nevertheless, the word came into the public after the publication of the Runnymede Trust report in 1997.

Consequently, it was some introduction to the term and its origin. Now the author will shed light on the devices used by these people to spread this dogmatism and anger against the Muslims.

The first tool they use is the media; they somehow dominate the media and use it against certain religious groups. According to Elizabeth Poole encyclopaedia of peace and ethnic studies, the Muslims opnions, views are misrepresented in the press. The media mostly take their opinions and concerns, represented in a negative sense, and depict them as intimidation to western society, western values, and western security (Poole 2003). According to the Bean and Jawad 2003, there is a lot of hostility in the media towards the Islam and this religion and portrayed the Islam as a cruel, irrational, primitive, and sexist religion.

This is not only in the western Nations that the media are performing the heart role in defaming the image of Islam by connected it with negativity, but this is also in countries like India, Srilanka, Myanmar and other nations where Muslims are in the minority. Even the way media in the country like India portray the Muslims is also horrible and disturbing, during the Corona Pandemic the Muslims were targeted as the spreaders of this Pandemic and the Media play a significant role in this, for this many Muslims were arrested and put them behind bars. There are many popular Indian news channels which always try to describe the Muslims in a negative sense and try to defame them. For some years, the way the Muslims were targeted and killed in the name of beef and their patriotism was questioned. Sometimes the WhatsApp groups were created in which a lot of negativity was associated with the Muslims through these messages.

In India, the Bollywood industry also performed a tremendous role in representing Muslims as negative characters. There are several bollywood films in which the Muslim were shown in a negative style. These characters like a terrorist, illegal business-like drugs. One of the points that need to heed that these characters are in a special wearing outfit like a cap, kurta pyjama, scarf on shoulders and amulet in the neck. Hence when an unknown person watches this type of movie he, she thinks this is an Islam, and this is a Muslim, it has a long negative physiological impact on the neurons on the children’s who are not aware of the real teachings of Islam.

Therefore the media plays a heart role in spreading the negative image of Islam; nowadays the social media also some times are doing this job very well.

The second is the political parties to gain the power many political parties and politicians use the foul language against the Muslims and Islam, the best example the election comp again of USA president Donald Trump when he became president last time, later on, he banned some Muslim countries in entering the Americana. Report from the University Of California Berkeley and council on America Islamic relations reported that $ 206 million was funded to 13 groups for the purpose to defame Islam and spread the hatred against the Muslims in the United States of America between 2008 to 2013 and total 74 groups participated in the entire process in the United States of America (The Guardian 20 June 2016).

The terrorist activities in which Muslims are connected receive very much media attention than the attacks performed by people of other religions. These people only receive 15 headlines while attacks perpetrated by the person associated with Muslims receive 105 headlines according to the study conducted by Universities of Georgia and Alabama in the USA.

This Islamophobia is a device created in European countries to target the Muslim community by associating them with malicious tags. There are various reasons behind this one is political reasons, nowadays the political parties are playing this type of game to hide their failures and redirect the public attention from the Government. For this, they create famous groups to do these activities.

The second reason is that many groups want global attention, and they come up with these activities.

The third reason is the hostility against the Islam and its followers, these are whole groups of the other religions which hate the massage of Islam, and for this, they are doing various activities to connect the Islam with hatred.

One more reason is which these European countries are experimenting that is to win the public opnion on the issue that Islam is a bad religion, it is against the value system of the western societies and culture. By spreading these false narrations, they approached to attack the Muslim countries to seize their natural resource; this is future planning how to legitimate the attack on the Muslim countries.

There is a need for effective interfaith communication, intercommunity dialogue, and applying more and more technology to answer the fabricated narratives and misinterpretations about Islam. There is also a need among the Muslims to respond to these forces in light of the noble Quran and authentic Sunnah.

It is regrettable to say the Muslim countries are pushing their so-called cultural icons, and they respond to the nations according to the market interests. The sound economic nations among the Muslim world are very close to those western nations. And The rest Muslim nations which are poor are not able to express because of challenges like low socio-economic status and are struggling for development.

In Muslim majority, countries focus should be given on education like comparative religion studies, capacity building courses for interfaith. Students were made ready to counter these negative criticisms highlighted by the western anti-Islam agencies.

These countries can engage the international platforms to articulate against these Islamophobia and expose those who are promoting it. The Muslim countries should create a particular organisation of reputed intellectuals and Islamic scholars that look into these cases and provide an accurate picture of Islam. There is a need for the higher education institution in the Muslim world who can work only these type of matters and give a definite reply to these organisation and the people related to it. A particular TV channel should be used for this cause to counter these false allegations.