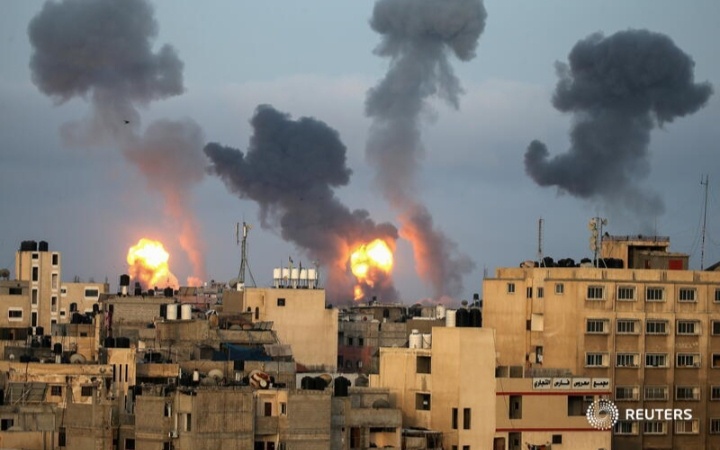 New Delhi:  As Israel’s brutal aggression continued  against unarmed Palestinians in occupied Gaza strip and Jerusalem, about 100 Indian civil society groups and prominent individuals including MPs, journalists and activists on Wednesday said India and the world must not remain silent spectators. They called upon the government of India to summon the Israeli envoy and convey the feelings of millions of peace and justice loving citizens of this country. They also demanded immediate halt to inhuman and uncivilised actions of the Zionist entity.  They have issued a declaration, expressing solidarity with the Palestinian people’s resistance against Israel’s annexation plan and crimes against humanity.

Jointly undersigned by civil society organizations and individuals of India

Following organizations and individuals have signed the declaration

Impose sanctions and boycott Israel -the only apartheid regime of world : CPI (M-L)