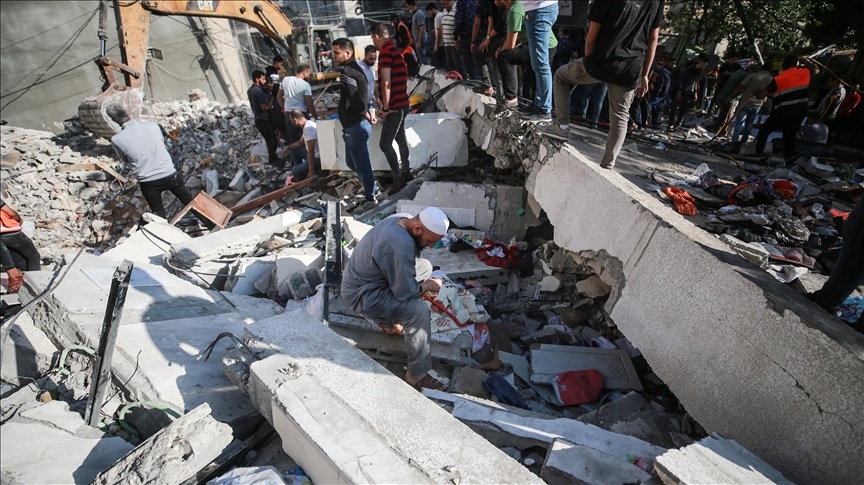 Israeli warplanes carried out heavy airstrikes on a residential area in Gaza City at dawn on Sunday, leaving at least 42 Palestinians killed, with most of them children and women.

The Palestinian Health Ministry said in a statement that there were 10 children and 16 women among the fatalities, along with 50 injured, also mostly children and women.

Meanwhile, the Palestinian Civil Defense said operations and efforts are underway to pull out missing people, whether survivors or dead bodies, from the debris of destroyed residential buildings in al-Rimal neighborhood.

Eyewitnesses in the area said that they were surprised and shocked as they came under heavy shelling on their buildings without any prior warning.

The Israeli army said it hit more than 90 targets across Gaza, claiming they were targets of Palestinian groups Hamas and Islamic Jihad.

But the scenes from the bombed area in Gaza revealed that the area and the buildings were residential as most of the killed were children and women.

Eyewitnesses said many people who got stuck under the rubble phoned their relatives, informing them they are alive and need to be pulled out.

Videos went viral on social media for Palestinian citizen Sami Saqqallah, his wife and four children rescued from the debris of their home.

“The Palestinian people are experiencing a complete annihilation by Israel that intensively targets civilians in their homes and destroys homes while their inhabitants are inside,” said Ashraf al-Qedra, spokesman for the Gaza Health Ministry.

On Saturday night, another crime was committed by the Israeli warplanes when they struck a home in the al-Shati refugees camp, northwest Gaza. The air raid left two mothers and eight children dead while they were sleeping at home-AA