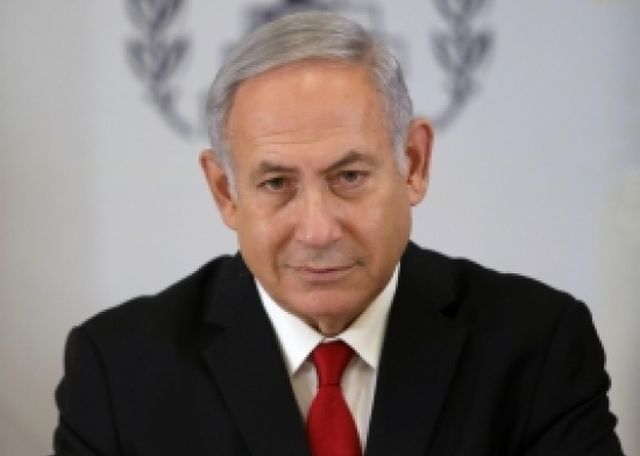 The phone talk came after Syrian air defense missiles shot down a 15-crew Russian plane amidst an Israeli air raid on the Syrian city of Latakia, according to Israeli and Russian officials.

Earlier Tuesday, the Israeli military said its airstrike, carried out by four Israeli F-16s, was aimed to halt “accurate and lethal weapons” from Iran to the militia of Hezbollah in Lebanon.

“The prime minister expressed his regret over the death of the Russian soldiers and said that Syria was responsible for the loss of the plane,” the Israeli PM’s Office said in a statement.

During the talk, Netanyahu stressed the importance of the ongoing military coordination between Israel and Russia over their moves in Syria in the past three years, which “succeeded in preventing many losses on both sides,” the statement said.

Netanyahu told Putin that Israel is “determined to stop Iran’s military buildup in Syria and the attempts by Iran, which calls for the destruction of Israel, to give Hezbollah lethal weapons against Israel.”

Netanyahu also said Israel is prepared to share with Russia all the information it has collected on the accident and offered to dispatch to Moscow the Israeli air force commander to provide details from an investigation launched by the air force.

The statement did not elaborate on Putin’s remarks during the talk.

Putin and Netanyahu have held regular meetings to coordinate their moves in the war-torn country.

Israel has carried out some 200 airstrikes over the last 18 months, claiming that the attacks aimed to prevent Iranian weapons convoys and stop Iran from establishing a military foothold in Syria.