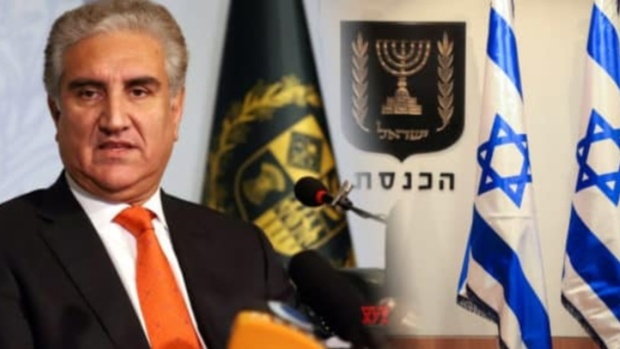 The big picture of Israel-UAE formalising their ‘diplomatic relations’ was well on the cards as what has been proven by the events in the past around one and a half month, since precisely August 14, 2020, when the news had got broken, barely 10 days later to the Beirut blasts, the capital of Lebanon, which saw around 200 people dead, more than 3,00,000 rendered homeless and a loss of property worth billions of USD.   Very soon Bahrain came forward with it on September 10, 2020 towards which I wrote an article ‘Bahrain-Israel Ties: The Second Wicket is Fallen’ , and now Kuwait is in line. Kingdom of Saudi Arabia is behind all such maneuvers and it is expected that KSA would be the last to accept Israel and may be Qatar would remain exception from the 22 Gulf-states apart from Pakistan and Iran.  How Israel and Arab states had been clandestinely involved through backdoor channels, before the ‘normalisation’ is what also I have written in my recent article ‘Kingdom of Saudi Arabia now has future with Israel? Published in MuslimMirror on September 23, 2020 1

What assumes importance here is that merely three days prior to UAE-Israel disclosure, there was an article published in Israeli newspaper Haaretz on August 11, 2020 2  and which surprisingly threw the absolute ball in Pakistan court, out of nothing and from no-where, by an exact syntax of a  ‘pot calling the kettle black’ as its  headline ‘Pakistan’s rejection of Israel threatens Pakistani lives’ was in actuality ‘a threatening’ to Pakistan to succumb to lay the proverbial red-carpet before Israel. But, Pakistan had foreseen the coming days, as by August 6, 2020 3 , had signalled to distance itself from KSA’s shadow and its led 58 nations of Organisation of Islamic countries(OIC) alleging that OIC did not display Pakistan sensitivites towards Kashmir, which is a discord between India and Pakistan and which now has been more ‘heated’ as India’s PM Modi unilaterally has abolished Article 370 giving special status to JK&L on August 5, 2019, which made China to also join the anti-India bandwagon.  No wonder, hence, the  UAE-Israel move came as a gift to Pakistan on its independence day.

There has been no doubt a clamour in the past too that Pakistan ought to embrace Israel as once  the then Pakistan foreign minister Khurshid Kasuri also had met his Israeli counterpart Silvan Shalom  on September 1, 2005, which was branded as a ‘historic-meeting’ reported in TRTWorld.Com 4 but things did not go beyond the hand-shake, but this article in Haaretz, when the entire Gulf-region are in a state of turmoil, having bled each other in Syria, Iraq, Libya, Yemen while Israel gained in more and more strength, has been addressed to the people in Pakistan, to wake-up to Israeli technological advances in terms of water-management and agriculture for their own benefit, as ‘Pakistan’s foreign policy has been incoherent and inconsistent since its inception, suffered from a chasm between policy and strategy, xenophobic tendencies, domestic politics interfering negatively with the foreign policy process’, while taunting that India and Israel has had more than 25 years of friendship.

How much India has benefited is another chapter suffice to say that in the wake of COVID-19 India’s GDP growth rate is -23.9%, The Economic Times on September 2, 2020 5 has reported. The article ( Haaretz August 11, 2020 ) surprisingly is totally oblivious to the fact that Pakistan is an ideological Islamic state which confronts the ideological Jewish state of Israel and there are no such roadblocks vis-a-vis  India and does not the world know that Israel had wanted to bombard Pakistan nuclear facilities way back in 1987, as has come to light through Associated Press on February 23, 1987 6 , which had referred to an Israeli newspaper Jerusalem Post, informing that Israel ‘three times tried to convince India to jointly attack a nuclear reactor in Pakistan but was rebuffed’ ( by India). No doubt that Pakistan is in a grip of water-crisis and Israel friend and Pakistan permanent foe; India,  which has time and again threatened to annul the Indus-water treaty to teach a lesson to Pakistan will never wish to see this happen. Reports have been abound with India’s intentions in the same context, as was lately observed by The Eurasian Times on February 4, 2020 7 ‘Modi-Government Quietly Working To Revoke The Indus Water Treaty With Pakistan’ through its headline.

But, now after perhaps,  Pakistan PM Imran Khan having been sworn-in,  there has been quite an increase in the debate in Pakistan over Israel as had been put through another article in Hareetz September 8, 2019 8, so much so the noises had gained in size that it was opined that Pakistan was on the verge of recognising Israel and ‘conditions were rife for the formal move?’ In the same melee two news reports  have arrived from IsraelHayom on January 28, 2019 9  in which a Pakistani Jewish citizen is reported to have sought to visit Jerusalem and claimed to be in possession of his Pakistan passport sporting Judaism as his religion, something which he had his right-to-be, but then the same newspaper informs on September 22, 2020 8 tells that after his visit to Israel he has claimed  to be ‘openly a Zionist and a supporter of Israel’. Putting Imran Khan government into a tight-spot as it throws open a question if every Jew is a probable Zionist too?

How can Pakistan overcome the Gordian-knot to forge diplomatic-relations with Israel, is perhaps, never to come as isn’t it true that India had used ‘1000 kgs of Israeli bombs fed with GPS coordinates’ according to ThePrint.Com on February 26, 2019 12 in its Balakot attack which led to the Abhinandan fiasco.  Imran Khan, however, has spelt his stand that ‘Pakistan will not recognise Israel’ talking to Al Jazeera on August 20, 2020 13 barely a few days later to UAE-Israel bonhomie. It will be too naïve to speculate in isolation that Pakistan would clear-its-way with Israel,  particularly, when India and China alongside Pakistan are in a border clash and Israeli drones (are) battling Chinese UAV’s as has reported The Eurasian Times on July 20, 2020 14 . In the wake of the ongoing developments when clouds of war are hovering over India and China-Pakistan, perhaps Israel is likely to stay a ‘red herring’ for Pakistan.

The writer is a former UP State Information Commissioner. He is a media analyst and writes on international politics.